… “At some distance from Bombay, at Ganeshpuri, I visited the ashram of Nityananda Maharaj, who I had been told was a renowned clairvoyant. I arrived there, in the midst of a great crowd. Nityananda was seated, scantily clad, and I sat down in front of him. He closed his eyes and, after a long while, he looked at me as if he had come back from a very great distance and said in English, ‘A pure heart; peace is in his soul, and all powers are given to him.’ I must say that I had some doubts about that statement. All powers? But I understood the way in which he meant it. Then he spoke a name which I no longer remember now, the name of a sage who had lived in India in the distant past; according to him I was the reincarnation of that man. Later, when I returned to Nainital in the mountains to rejoin Hanuman Baba, I asked him about the person whose name Nityananda had spoken. He went to find a very large book and showed me a picture in it. It was of a man sitting in the lotus position, who had hovering above him a cobra with seven heads. These seven heads indicated that he possessed all powers. 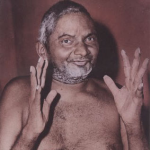 I also spent a certain amount of time in Calcutta, and there I found a book on Jesus one I had seen before when I was in a monastery in Ladakh. In order to read it, I had to go each day to the monastery because the monks would not allow anyone to take it off the premises. I read the book in an English translation. It states that a very young man, called Issa, had come to India with an entourage of people from Palestine. For several years he had followed the Brahmin teaching but had ended up in conflict with it, as he took exception to the Brahmins’ attitude to the caste system, to their rigidity and their lack of love, the result being that the Brahmins became furious and persecuted him. A few years later, he went back to Palestine, and the story from then on was identical to the one we know from the Gospels about Jesus, right up to his crucifixion. But it did not stop there: it said that Issa, who had survived the torture of the cross, came back to India accompanied by his mother and the apostle Thomas and lived in Kashmir until he died at a great age. 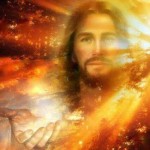 One day, researchers will reveal to the world how things actually unfolded and tell us the truth about Jesus’ life. I leave this field to them, as history is not my calling, and I have other subjects which interest me a great deal more. As for me, I concentrate on principles, and what I say comes from what I know of true Initiatic Science. I leave it to others to find confirmation in the historical accounts of witnesses.
To be continued…