-The Symbolic meaning of the two goblets
Then his judges gave him two goblets to drink from. The rim of the first goblet had been rubbed with a substance that was sweet to the taste, but the liquid it contained was bitter. When he drank it, all the weaknesses and faults of his past were swept from his memory. The second cup, whose rim had a bitter taste, contained a sweet nectar which caused him to remember only the good and true things in his past.

Of course, these two cups also had symbolic meaning. The lesson to be learned from them is that those who seek only pleasure end by finding bitterness; whereas those who accept difficulty end by finding joy, power, and freedom. 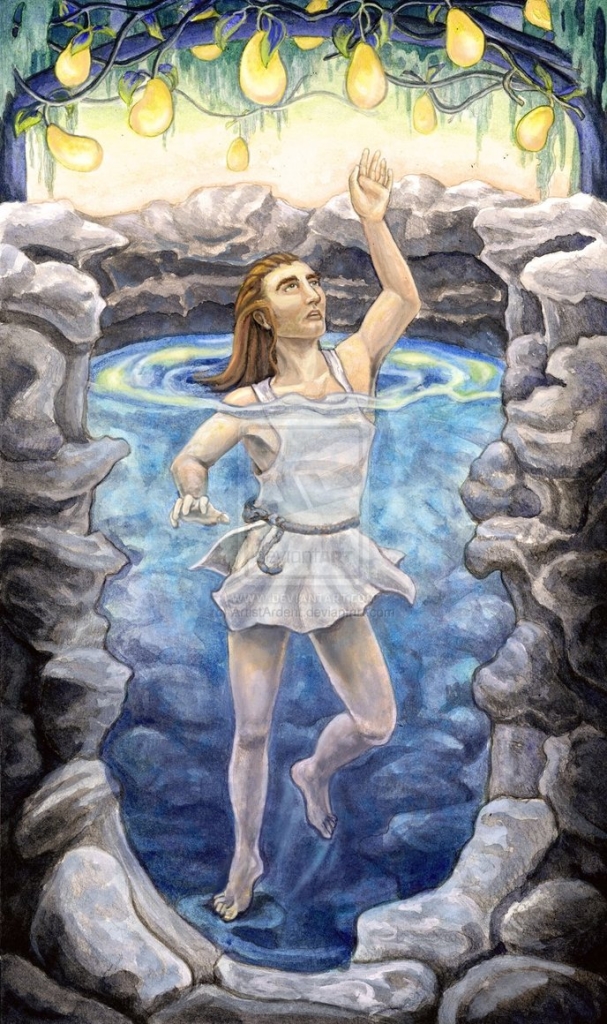 It was only after this that the worst and most terrible ordeals began. You will have some idea of the sufferings the neophyte had to endure if you have read the tales in Greek mythology of the torments of Tantalus, Sisyphus, or the Danaïds. Tantalus was condemned to stand for ever in a pool of water beside a tree laden with fruit. Whenever Tantalus, suffering from hunger and thirst, bent to drink or stretched out his hand to pluck a fruit from the branches over his head, the water receded and the wind pushed the branches out of reach.

Sisyphus was condemned to roll a great rock up a hill, but every time he reached the top the rock rolled down to the bottom, and he had to start all over again. The Danaïds were condemned to fill jars with water from the river, but as the jars were riddled with holes, as fast as they filled them, the water drained away, and they had to keep going back to the river again and again. 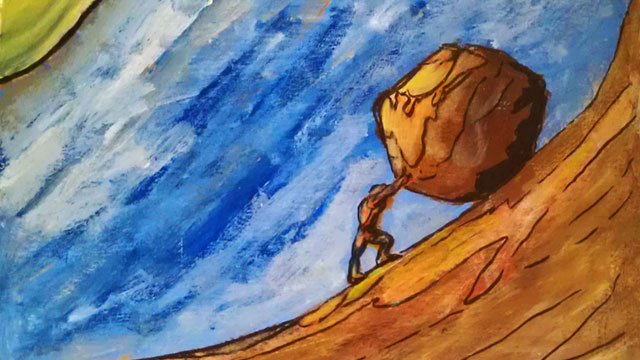 These Greek myths, which seem, at first sight, to be tales intended to provoke mirth or shivers of fear in those who listened to them, had, in fact, their origin in the rites of initiation.