Our subtle bodies and souls
The eagle, the mole, the fish and the crayfish
Our Invisible Bodies

You are already familiar with this diagram that illustrates the human trinity, in which our causal, buddhic and atmic bodies are reflected in our mental, astral and physical bodies. That which is lowest, as you see, is directly linked to that which is highest. The will, which is on the level of the physical body, belongs in reality to the highest level. Yes, the will belongs to the divine principle of God the Father. 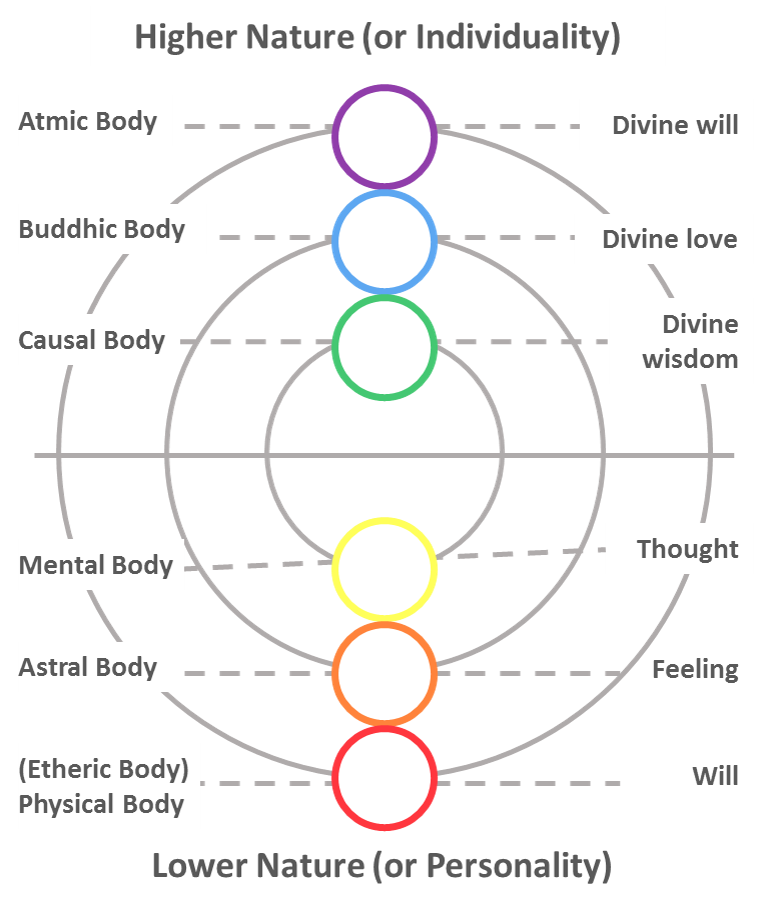 Without that activity you will be paralysed on the higher levels. On the other hand, if you work actively on the level of the spirit, your physical body will be strengthened and will become capable of marvellous, miraculous accomplishments here, on the physical plane.

And the same rules apply to the regions of feeling and thought. All those who fail to understand this truth, therefore, and who imagine that by working on the physical plane they will lose their light and their true strength and power, will in fact lose them by doing nothing. Whereas those who have understood will continue to work all their life long.

FacebookTwitterLinkedInRedditGoogle+TumblrPinterestVkEmail
Our subtle bodies and souls
The eagle, the mole, the fish and the crayfish