Jesus and the Cosmic Principle of the Christ, Part 1/7

Work on your Aura to attract celestial entities
The Holy Trinity, Part 2/7
Jesus and the Cosmic Principle of the Christ, Part 1/7

In this series of extracts, the Master explains the nature of ‘Jesus’, a man who lived two thousand years ago in Palestine, ‘Christ’, a Cosmic Principle, and the ‘Holy Trinity’, (the Father, the Son and the Holy Spirit), of the Christian tradition.

Anyone wishing to understand the minds of all the Founding Fathers of Christianity, all the popes and cardinals, who met in council to debate and settle what is now considered irrefutable doctrine, must read some extremely complicated works…

But let us leave all that… The desire to make Jesus the only Son of God has led Christians to confuse the human plane and the divine plane, the historical plane and the cosmic plane. You could say that, as a cosmic principle, the ‘Son’, the second person of the Holy Trinity, is the only Son of God. This cosmic principle has been given the name of ‘Christ’, and it is with this cosmic principle that the man, ‘Jesus’, is identified through his work. The confusion has arisen from the fact that the Church has not known how to interpret the word ‘son’.

The Christ is the Son of God in that He is God’s direct emanation. But, in order to understand this idea, we must refer to the Sephirotic Tree of the Cabbalists and to their theory of emanations. As I have already told you, the Sephirotic Tree is, for me, the system that best explains the universe. It is a diagram which appears very simple but which can be applied in an infinite number of ways. When Christians present the Holy Trinity as the mystery of the one God in three persons – the Father, the Son and the Holy Spirit – they are simply transposing a notion found in the Sephirotic Tree. The divine world, Olam Atziluth, is formed of three sephiroth: Kether, Chokmah and Binah. 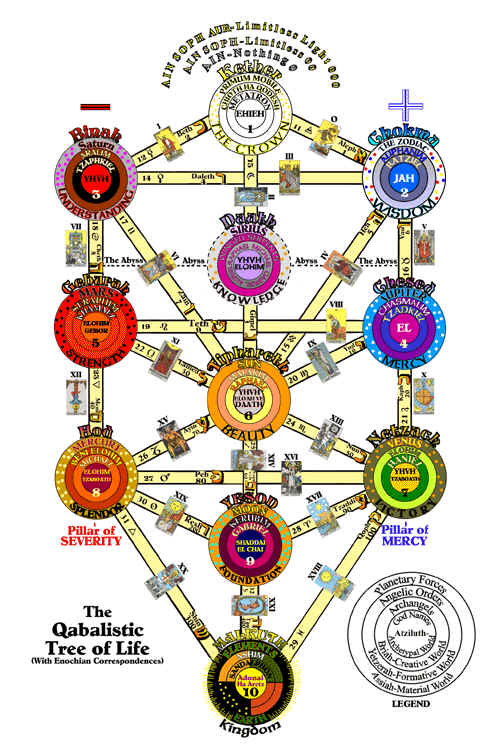 FacebookTwitterLinkedInRedditGoogle+TumblrPinterestVkEmail
Work on your Aura to attract celestial entities
The Holy Trinity, Part 2/7