– Bees provide an example of a superior form of society
When I was in Bulgaria, I lived with a friend in the town of Ternovo, in a little house surrounded by trees and vines. It was in Ternovo that the Brotherhood gathered each year for a convention at which the Master Peter Deunov was present. What I want to tell you is very interesting from both a spiritual and a scientific point of view. One day a magpie made a hole in the shutter of one of my windows and, not long after, a swarm of bees settled in the space between the shutter and the window pane and began to prepare the combs in which to store their honey. I was delighted to be able to watch them from my room and see exactly how they worked, and I saw some extraordinary things which were very rare from a scientific point of view.

Watching the bees at work, I came to understand how pure they were and how highly evolved and, also, what a magnificent example they provide of a superior form of society. I cannot explain all that I learned from them, but what I can tell you is that bees are true disciples of the White Brotherhood, true symbols of beings who work hard and make honey, that extraordinary, delicious nourishment taken from flowers. The bees left a perfect image in my mind of how to make honey in life. 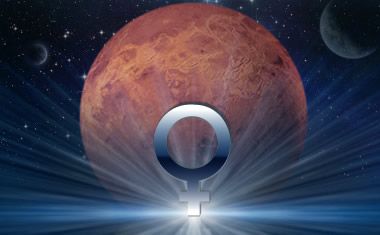 Bees did not come from this planet; no other insect can be compared to them. They came from the planet Venus especially for the benefit of Initiates, ascetics and hermits, and of all those who spend their lives thinking of mankind, of God and of heaven. There is not very much food in the places where hermits and sages live and while they spend their time thinking about God, God also thinks of them, that is why he sent them the bees: to prepare this special kind of food for them.

We are told that when the Earth saw this, it was jealous and tried to produce insects that would resemble the bees… and all it managed to produce was wasps! It was never able to find out how bees made honey, so wasps can do no more than build wax combs (but perhaps that is only a fairy tale)! Wasps symbolize selfish, unworthy disciples who are capable of eating honey but do not know how to make it, who serve themselves before serving God. This is why nature’s secrets are hidden from them.

What is a bee’s sting for? Perhaps you think its only purpose is to allow the bee to defend itself against men or other insects by stinging them? No, the principal function of a bee’s sting is not that of self-defence (in fact, it dies when it stings someone). A bee’s sting is used in making honey; it secretes a special substance which is mixed with the honey in order to preserve it. When honey does not contain this substance it is unfit for human consumption.

I must tell you, also, that bees are so sensitive that they can distinguish an evil, unjust, thieving man from one who is just, kind and honest. They refuse to swarm anywhere near someone who is unjust or a liar; they immediately go somewhere else. Also, bees loathe disharmony and chaotic vibrations such as fear, for example. And they hate garlic. If someone who has been eating garlic gets anywhere near them they attack them immediately! Now you understand why your stomach rebels if you eat honey and garlic at the same meal! 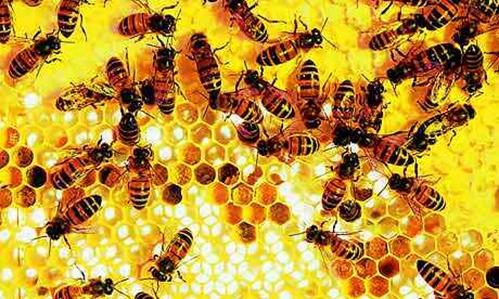 Bees represent the sixth race of man, the race of the future, the new culture. They love symmetry; haven’t you already seen the symmetry of the hexagonal cells they build? Also, they have a detailed scientific knowledge of the colours and properties of flowers. Bees are symbols of those who have been born anew.