Why men and women continually seek the missing half

Men and women both share the unconscious desire to become Seals of Solomon-
‘Esoteric books have much to say about the Seal of Solomon but very few show any real understanding of the profundity and the magical power of this symbol that comes from the meeting and interpenetration of the two triangles, the two principles.

An initiate in whom the two principles are united is called an androgyne. Whereas most human beings, those who represent only one of the two triangles—that of man or of woman—are limited beings, and this is why they continually seek their missing half, the other triangle, so as to form the Seal of Solomon. 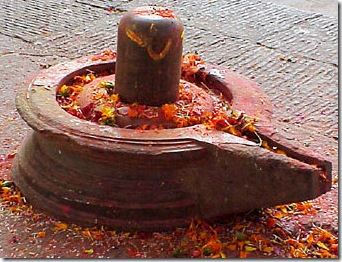 When I was in India I talked to many priests and gurus, and I would often tell them that they did not understand the meaning of this symbol. ‘How can you say we do not understand it?’ they would protest, it is an integral part of our tradition!’  That is true, but I still say that you do not understand it. If you did you would not have married. The feminine principle should be within you, but as it is not, you have to find it elsewhere.’

One who possesses both principles has no need for a husband or wife
Of course, they were not exactly overjoyed to hear this, particularly as it came from such an unexpected quarter, from a Westerner who was a Christian into the bargain! If a man, who represents the masculine qualities of energy, strength and will-power, also possesses the feminine qualities of delicacy, tenderness, purity and love, he is a complete being and has no need of a wife.

Equally, if a woman possesses both the feminine and the masculine qualities she does not need to look for a husband. As long as you are still looking for a husband or wife it means that you do not yet possess these two tendencies that alone can bring you fulfilment.

The philosophy of the initiates is perhaps difficult to accept, but it is the truth. The things I say in my talks to you are not intended to please the masses. Ordinary people might do this, but a master, whose only desire is to lead his disciples towards perfection, is obliged to tell people the truth even if it is not pleasant to hear.’