Peace is a collective effort

– Events in the world are simply the result of interactive forces
We can never stress enough the importance of creating focal points of light and peace to neutralize the dark, chaotic currents circulating in space. It is time human beings learned how cosmic forces work.  Physics shows us how to calculate the result of two interactive forces, and this law is true not only on the physical plane but also on the psychic plane.

If a few thousand people work sincerely for the good of humanity on the one side, and on the other, billions are concerned only with their own affairs, are selfish, jealous, vengeful, how can you expect good and peace to win over? Just as in physics, events in the world are simply the result of interactive forces.

You might say, “But there are more than a few thousand wishing for the triumph of good!” Yes, but so feebly, so half-heartedly! What they really want is to get up one morning and find peace, abundance and happiness on their doorstep without having to do anything to make it so. Humans wish for peace, that is true – at least a majority does – but when will they understand that through their own greed, selfish­ness, narrow-mindedness and inertia they can only bring about war. 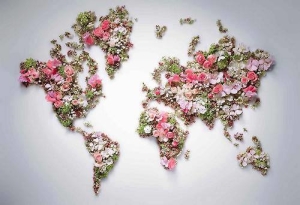 Many people spend their time accusing others of fomenting war. They think that in this way they are contributing to world peace. Some blame the rich; others say that the fault lies with bankers or politicians. Believers accuse those who are not of their own particular Faith of fanaticism. Look around you and you will see that everyone thinks that if one could just get rid of something or someone else, peace would reign in the world.

For the moment, most people have not yet understood: dazzled by the various means put at their disposal, they take advantage of them without considering whether what they find useful and beneficial for themselves is equally so for others. They use and abuse these means; it is always a matter of who will get here or there first, and they become cruel and inhuman. But this cannot last for long. These same conditions which human beings themselves have created will force them to develop sentiments that are more fraternal.

Omraam Mikhael Aivanhov
Izvor Book 208, The Egregor of the Dove or the Reign of Peace
Complete Works Vol.25,  A New Dawn: Society and Politics in the Light of Initiatic Science