– Belief in reincarnation is one of the corner stones of morality.
Reincarnation is written on everything, everywhere in life. Where else can we see it? The example of a tree:  At different times of the year, the leaves, flowers and fruit fall to the ground where they decay and become fertilizer for the roots. It is the same for human beings: when a man dies he is reabsorbed into the life cycle of the Cosmic Tree, only to reappear in the form of a branch, leaf or flower. Nothing is ever lost, beings appear, disappear, and reappear ceaselessly on the wonderful tree that is the Tree of Life.

Belief in reincarnation is one of the corner stones of morality. So long as human beings are unaware of the existence of The Law of Cause and Effect which is operative from one incarnation to the next, no amount of preaching or sermonizing will ever do much good.  As soon as you acknowledge the law of reincarnation you begin to understand that every event of your life (birth, marriage, personal encounters, accidents, successes and so on) is significant, for everything stems from a specific cause whether it be recent or of long standing. 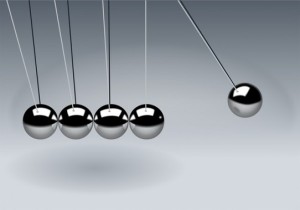 This understanding influences your feelings and reactions to events because once you realize that everything has its meaning you are no longer tempted to rebel or to try and solve your problems with hatred and violence. When you recognize that, whatever hardships you may have to put up with, they are the direct result of your own past faults, you accept the fact and cease trying to blame others for your misfortunes. And finally, belief in reincarnation is a stimulus to developing your willpower: you become strong and steadfast, you avoid doing anything reprehensible that would entail more suffering in the future and you persevere in the work of building a future full of light.

People can be put into four different categories as far as the law of reincarnation is concerned:
The first category consists of those who are so ignorant and unaware, so lacking in all inner light or moral sense that they live a life of crime. They break every law, therefore, and run up a very big debt, and when they reincarnate they find themselves obliged to put up with terrible conditions in order to pay their debts and make reparation. Their lives are not happy.

In the second group are more evolved beings who try to develop the qualities and virtues that will lead to their freedom. Even so, it isn’t possible to settle all one’s debts in one incarnation; they must come back again to complete their task. This time they will be given better conditions, they will be allowed to be useful on a higher plane, but they must still keep coming back until their debts are all settled and they are free.

In the third group are those who have reached an even higher degree of evolution and who return to earth in order to carry out certain specific tasks. They have very few debts to pay and are given a great deal of time in which to work on the level of their higher consciousness for good. Once they leave the earth their mission is accomplished and they never come back.

Some of them, however, (fourth group) are willing to give up that happy state of bliss and boundless freedom which is theirs in the intimacy of God. They are so filled with pity and compassion for suffering humanity that they leave this sublime state of their own accord and return to earth to help mankind, even though they know that it may mean torture and a cruel death. 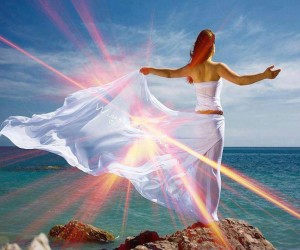 Many people would like to be free but they have a mistaken idea of what it really means… The first step towards true freedom is to pay one’s debts: all one’s debts! You will never know freedom until you have paid all your debts and wiped out your Karma. It is love, kindness, mercy and generosity that set you on the path of true liberation. So give! Give always more than is demanded by justice alone, for by doing so you will free yourselves all the sooner.