– The form may change, but the principles of all religions are eternal

For thousands of years, human beings have been in the habit of paying attention to the form, the external wrappings that are visible to the eye, and of neglecting the inner content and the hidden meaning of things. And the Sacred Scriptures of all religions also have form, content and meaning: they are no exception to the general rule. The form – the story – is for the man in the street; the moral, symbolic content is for the disciple who strives to grasp its underlying message and put it into practice, and the hidden spiritual meaning is for the Initiate who is capable of interpreting it.

Every religion has a body of esoteric teachings that exists alongside its exoteric doctrines, for there have always been a select few who felt the need for a deeper understanding of the mysteries of creation. In the Christian Church, alongside the mainstream Church of St. Peter, to which the great majority of believers belonged, another stream has always existed and flourished in secret: the Church of St. John, guardian of the true spirituality, the true philosophy of Christ. 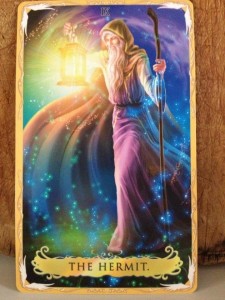 The Searcher for hidden truths

When someone tells me that they cannot accept our Teaching because they are a Catholic, I tell them, `Very well; if you feel more at home in the Church, stay there! But as for us, we are going to move on.’ For, I ask you, what can you learn from all those sermons that explain nothing at all?  The sermons they hear may be very poetic or highly moral… Oh, I entirely agree with what they say, but one cannot learn much from them, for they are not backed up by a science that is really capable of explaining the meaning and goal of human existence, the laws that govern it or how to behave in harmony with those laws. They are all words – just words – no mention of how to put it into practice! 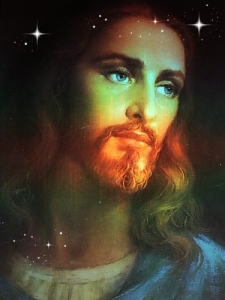 Anyone who has decided to work with the eternal, unchanging principles of the Christ, belongs to the Universal White Brotherhood. They are not destroying anything; they are not working against Christ; they are not trying to promote a new religion. No, they are simply working to promote new forms. Whereas someone who clings to the old forms shows that they have not understood the principles.

If you want to evolve you would do better not to count on forms but to work with principles. Isn’t this a far better, more beneficial ideal? Christ Himself will come and tell you how magnificent it is, for it is written in the New Testament: `For the letter kills but the spirit gives life.‘ And that is exactly what I am saying. Yes, I am constantly urging you to strengthen your bonds with the spirit that gives life.