–  The cardinal feasts
The traditional literature of all countries contains innumerable legends and accounts of mythological battles between the forces of light and darkness. On about June 21, with the Summer solstice, we enter the period in which light triumphs over darkness, and a few days later, on June 24, we celebrate the feast of St-John.

On that date it is customary to light fires that burn all night. The summer solstice is ruled by Archangel Uriel. The Church never mentions this archangel, and you might well wonder why. Archangels Gabriel, Raphael and Michael, who preside over the three great feasts of the winter solstice and the spring and autumn equinoxes, are all familiar to Christians, but Uriel is almost unknown.
Uriel is an archangel of light; his name means ‘God is my light’. The feast of st John coincides with the moment when the sun enters Cancer – the sign in which venus is in exaltation – and this is no chance coincidence, for the feast of st John is the feast of fire, the feast of the summer heat, which ripens fruit and all other things in nature. In summer, nature is on fire. But this fire is also the fire of physical, sensual love, and it is well known that, in some countries, the night of st John was the occasion for all kinds of sexual excesses. This, no doubt, is why the Church has always preferred not to give prominence to Archangel Uriel and the celebration of the summer solstice. 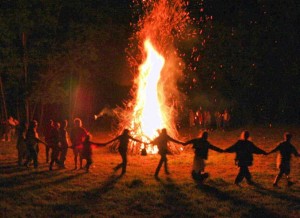 In the sephirotic tree of life, Uriel is the archangel of the sephirah Malkuth, the earth. As such, he is in communication with the inner fire of the planet, and some of the angels under his command work with the metals and precious stones of the earth. This is the work the Greeks attributed to their god Hephaestus (the Roman Vulcan). Hephaestus, or Vulcan, used fire as he worked with stone and metal, for fire is the only force capable of melting stone and metal and making them malleable.

If we are conscious and attentive during this period of the summer solstice, when light is at its most powerful and the forces of night and of darkness are retreating, we will receive the power to launch an attack on our own inner darkness – and we will have a good chance of being victorious.

When the nights are growing longer and light is fading, when the vital currents in the world are beginning to contract and slacken under pressure from contrary forces gaining in vigour, it is not the time to undertake this type of work. Conditions, both within and without, no longer lend themselves to a direct attack on hostile forces. In a period in which light is triumphant, however, men and women who are truly desirous of doing some important work for the world can do so in good conditions; if they have already settled their own, personal problems, they have the right and, even, the duty to go further. 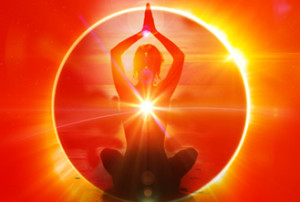 Since Uriel is the archangel of fire, he has ties not only with physical, terrestrial fire but also with the fire of that tremendous sexual energy constantly simmering in man. It is precisely for this reason that it is essential to learn to work with Archangel Uriel: because it is essential to learn to work with fire in order to sublimate all these energies. What exactly is sublimation? it is the passage from one state to another, and it is heat that effects this passage. When the temperature is below 0°C, water freezes and becomes solid; if you heat it slightly to 1°C, it melts and becomes liquid again. Heat it even more, to 100°C, and it changes into steam. And if you want to separate the oxygen from the hydrogen contained in steam, you will need even more heat…

The equinoxes and solstices or, as I have called them, the four cardinal feasts, are the four most vital days in the year, and they are governed by Mercury (spring equinox), Venus (summer solstice), the Sun (autumn equinox) and the Moon (winter solstice). These are days of celebration for nature; the Angels and Archangels, all the forces of nature, even the divine Mother herself, all take part in the festivities. Only those who understand the importance of these high days and of the prodigious forces that flood the universe at these times can truly take part in the celebrations.