The Sun created our eyes …

Contemplating a Starry Sky…
Clairvoyance, its different levels
The Sun created our eyes …

– In order to see, one has to project light
… And now, if I tell you that it was the action of sunlight on our physical bodies that formed our eyes, you would not believe me either, and yet it is no more than the truth. The sun created our eyes. Do you know why? So that we could see it. In the same way it was the action of its warmth on our bodies that created the organs of feeling and emotion: the heart, the mouth, and above all the skin.

It decided that only our eyes should be sensitive to light, but that warmth should be felt by the whole surface of the body. You see the difference, don’t you? Isn’t that interesting? The sun commands everything in the universe. It is like the conductor of an orchestra or a king on his throne.

When it decides something it only has to give the signal and all the spirits it has sent to earth or to the other planets hasten to carry out its commands. They make some slight adjustment to the atmosphere or the electromagnetic currents, and all kinds of changes ensue in the vegetable, animal and human kingdoms, in the biological, psychological, economic and social spheres. 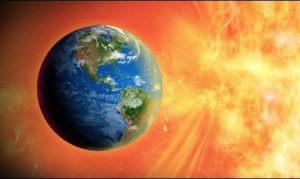 Everything that occurs on earth is commanded by the sun. Solar flares and sunspots are simply signals that the sun sends out to a vast hierarchy of intelligent beings who are there to carry out its orders.

My dear brothers and sisters, there is no need to look elsewhere: the sun is way ahead of anyone else. It is the first and the last, the Alpha and Omega, it existed before all other creatures, and it will still be there when the last man has disappeared from the face of the earth.

By leading you to the sun I am leading you to the spirit of the sun, which said of itself, ‘I am the light of the world.’ The light that lights up the world is the sun. But it is important to understand that above and beyond the visible light of the physical sun there is another light, which is the true light of the sun. The Bulgarian word for this light is Videlina, from a root which means ‘to see’. I have already talked about Videlina, the invisible, inner light which we distinguish from svetlina, which is derived from a root meaning ‘to shine’, and which designates any visible light, whether from the sun, a fire or a lamp. 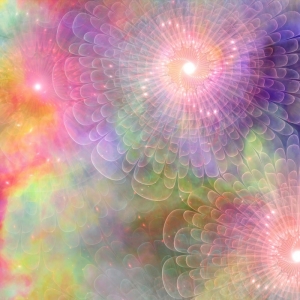 It is Svetlina that enables us to see physical objects, but it cannot make the invisible realities of the psychic world visible to us. For this we need Videlina, and to obtain Videlina we must establish a close bond with the sun, for even though it is invisible, Videlina also comes from the sun. Videlina is subtler and richer than visible light, it possesses an infinite variety of shades and hues unknown to us, and it takes years and years of work, meditation, prayer, and contemplation of the sun to possess even the most minute quantity, but once we possess it, it enables us to see the invisible world and all its inhabitants.

Very few people have ever thought about the fact that in order to see, one has to project light. Physical objects are made visible to our eyes when a ray of light falls on them, and if we wish to see in the invisible world we must be capable of emitting a certain kind of light.”