The Sun provides the Principles of a Universal Religion, Final

The Sun as a Model, Part 6/7
Respiration, melting into the Harmony of the Cosmos
The Sun provides the Principles of a Universal Religion, Final

Wherever you go, human beings are interested only in what they can take. They study, they work, they get married and go to parties or meetings always with one aim, that of taking, acquiring something. Their minds are always turned towards this. And this is why man no longer emanates light and warmth wherever he goes: because his only preoccupation is to see what he can take.

In order to understand what true religion is, human beings must draw closer to the light, warmth and life of the sun. That is to say, they must seek the wisdom which enlightens them and resolves all problems, the disinterested love which beautifies, encourages and consoles them, and the subtle, spiritual life which renders them active, dynamic and daring, so that they may realize the new Golden Age on earth.

And no one can contest this religion: anyone who tries to destroy it destroys themselves, because they restrict themselves. When this understanding of a universal religion penetrates every mind, the whole organisation of life will become universal: all separation between human beings will cease to exist, including borders and wars. 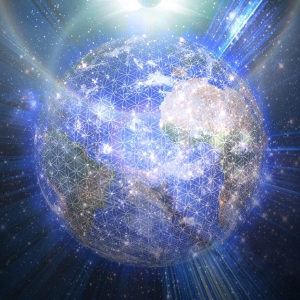 As they come to know the sun in its sublime expression of light, warmth and life, human beings will draw closer and closer to the Divinity, and they will transform the earth into a garden of Eden where all will live as brothers and sisters. Everyone must accept this universal religion, this brotherhood which the sun teaches us.

And now, the Aquarian age is going to bring tremendous upheavals which will oblige the survivors to understand that there are laws which must be respected. The beauty, splendour and harmony of the new life that is being prepared is beyond imagination. All the creatures throughout the world who are secretly at work to bring about the new Golden Age on earth will unite and work together with such a force that the strongholds of ignorance, materialism and despotism will crumble. This I am telling you and it will be so. Nothing will be strong enough to stand in the way of the new era that will soon be upon us.

FacebookTwitterLinkedInRedditGoogle+TumblrPinterestVkEmail
The Sun as a Model, Part 6/7
Respiration, melting into the Harmony of the Cosmos