A universal religion – what this means , Part 6/7

-The light of the mind and the warmth of the heart.
If anything is sacred to me, it is what I have been saying today. I must admit that I hesitated before deciding to talk about it, for it is too sacred. In talking about it I feel as though I were tearing something from my heart in order to give it to you. I finally decided to do so in the hope that you would understand and make up your minds to follow this path.

There, I hope that this is quite clear now: instead of losing yourselves in nirvana, instead of wishing to eat and drink and rejoice forever in the company of the elect, think that you are bringing heaven down to earth; that its light shines through you to the world; that you are a light in the world. What glorious work lies ahead of you!

Mankind needs a new religion. New, not in its essence or its principles, but in its applications. I have already talked about this a good deal and given you innumerable explanations concerning the more obscure passages in the Bible—particularly in the New Testament. Have I succeeded in making myself understood? Only time will tell. I am not at all sure that I have, for the minds of human beings are so deformed that it is almost impossible to get them to understand that their current conception of religion is wholly inadequate. If it were adequate, would they still feel as though they were in a void? Would they still be so ill, distraught, and disorientated? If their conception of religion were adequate, they would all be immersed in peace and light—and this is very far from being the case. 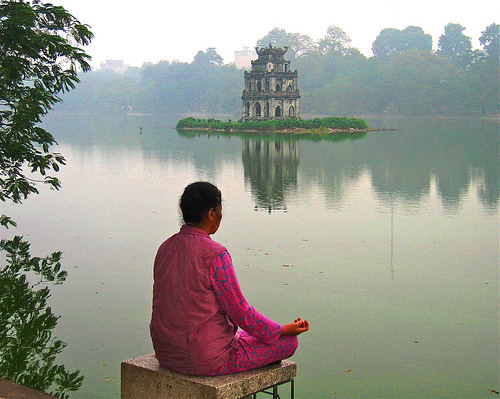 Of course, every now and then one meets people who are content with life, but when I talk about happiness, I am talking about a stable, lasting condition, not a fleeting, ephemeral happiness. Everybody experiences happiness at some time or another, but only briefly. A man is happy because he has just got married; but sometime later his wife leaves him and he is unhappy. Or he has a child and that makes him happy; but his child turns out badly and he tears his hair in grief. Or he is happy because he has come into a fortune; but as he squanders his fortune, he begins to worry about where his next meal will come from.

True happiness can endure, but it can only endure if it is based on a proper understanding of its nature. As I have so often said, happiness is a state of consciousness that is the result of how one understands and feels things. Human beings cannot be happy if their minds and hearts are continually pervaded by bizarre, dark thoughts and destructive feelings and emotions. This is why the work of initiates from time immemorial has been to teach human beings love and wisdom, for the light of the mind and the warmth of the heart give birth to harmonious movement, to a constructive, well-balanced activity.

« Artwork by Daniel B. Holeman «