– on the higher plane masculine and feminine are one.
Those who work successfully with the Ten feel rich and fulfilled, for Ten is the number of marriage. But the marriage that is the goal of human aspirations, this union with a being who is the perfect complement to oneself, must first be achieved within oneself. How can one be inwardly married in order to form a Ten? To whom or what must one be wedded?
This is the essential question. Every human being must be married. There must be not a single bachelor, not a single spinster left on earth. And the marriage to which we must all aspire is that of matter and of God within us, the marriage of our body and our spirit.

Spirit and Matter… The two principles, masculine and feminine, are at the origin of creation. No creation of any kind is possible with only one principle. The two have to be united in a common endeavour. The two principles exist first of all on the higher plane. They are what we call the heavenly Father and the divine Mother, and they are constantly engendering worlds inhabited by countless creatures. On the physical plane the masculine is distinct and apart from the feminine, but on the higher plane masculine and feminine are one. 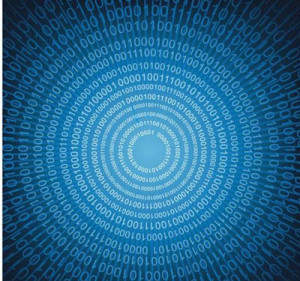 The masculine principle is and must always remain first, therefore. It means that the primordial principle (spirit) emerged from its state of extreme subtlety in order to be condensed, and in condensing created another principle (matter).
But this does not give men a reason to flatter themselves or women a reason to feel belittled. I am talking about the masculine principle, not about men. And the myth of original sin is also about principles, not about man and woman as such. All the misfortunes of human beings come from their refusal to accept the hierarchy of the universe. It is about reversing the proper order of the two principles.

Perhaps some of you will think that all this is very complicated. On the contrary, it is all very simple, very clear. If it seems complicated to you, it is because you are not accustomed to thinking and reasoning in the light of the great universal symbols.
To be continued…