Here is the next part of this truly magnificent Lecture about the Lord’s Prayer, ‘Our Father’.
‘Your will be done, on earth as it is in heaven’: in these few words are contained the whole of theurgic magic. If disciples understand the awe-inspiring impact of this prayer, if they manage to make it come true, one day they will be a transmitter, a mirror in which heaven is reflected; they will themselves be a heaven.

The first request: ‘HALLOWED BE YOUR NAME’, concerns our mind. In order to hallow and bless God’s name, we must study, meditate and fill our conscious mind with light.
The second request: ‘YOUR KINGDOM COME’, concerns our heart, for God’s kingdom can only come into hearts full of love.

The third request touches our will. ‘YOUR WILL BE DONE, ON EARTH AS IT IS IN HEAVEN’, implies hard work, obstacles to be overcome, victories to be won, and for all this, strength and perseverance are needed. That is why we have to train ourselves and learn to work with methods that can help us to harmonize with heaven and vibrate on the same wavelength…

THE FIRST THREE REQUESTS of the Lord’s Prayer correspond to the three principles in humans: THE MIND which must be full of light in order to illumine and make all things holy; the feelings or HEART, the central powerhouse which must become God’s kingdom, the kingdom of peace and love for all creatures; and finally THE WILL, which corresponds to the physical dimension, in which we have to express and reflect through our actions all that is in heaven. Isn’t that marvellous? 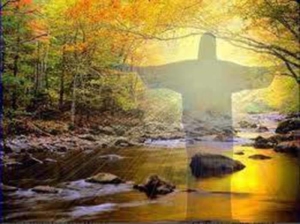 ‘Give us today our daily bread’: This is the first of the three requests that directly concern men and women themselves. The first three concerned the Lord (we always have to begin with God): to know and bless his name, to seek his kingdom and to do his will.

‘And forgive us our debts as we also have forgiven our debtors’: This wording is preferable to ‘forgive us our trespasses’ for every transgression implies incurring a debt which has to be repaid. The idea of karma is based on this truth: that we have to come back to this earth in order to pay for transgressions committed in previous incarnations. Someone who has paid off all their debts need not reincarnate.

But whether we ask to be forgiven for our sins or released from our debts, the idea at the heart of this supplication is that of FORGIVENESS. And this was new: for the first time in the history of humankind Jesus introduced the notion of a merciful God, a God who forgives.

The notion that God forgives is a logical consequence of the very first words of the Lord’s Prayer: ‘OUR FATHER’. God forgives us for the simple reason that a father always forgives his children.

We must not forget, though, that Jesus added, ‘AS WE ALSO HAVE FORGIVEN OUR DEBTORS’. Unfortunately, as we do not release others from their debts or forgive them their offenses, the Lord does not release us from our own debts. Nor does he forgive us our sins.

If we want to be forgiven we have, first of all, to forgive. The notion of forgiveness is central to the Christian religion. Jesus’ teaching was one of love, whereas the founders of the other major religions put more emphasis on justice, wisdom, knowledge or power. Of course it is true that Buddha taught compassion, but nowhere will you find a doctrine of love of such breadth and such clarity. In this he was unique, and that is why he was crucified.

When Jesus associated with social nobodies or even criminals and prostitutes, he was flouting all the existing conventions.  Jesus was crucified, because when he revealed a religion of love he broke down the age-old barriers others had an interest in maintaining. 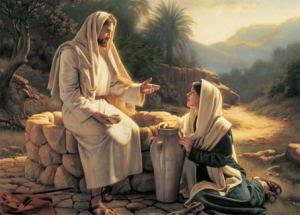 ‘And do not bring us into temptation,  But rescue us from evil’: In spite of this Prayer, we are all continually subject to temptation. Even Jesus was tempted in the wilderness; the devil made three propositions to Jesus for a very precise reason. As I have already explained, they correspond to the three levels in humans: the physical, the astral and the mental.

But what is far more interesting is the answer Jesus gave to each one, for they show us that if we want to resist temptation we have to know how to answer the tempter, what arguments to use against him. This is something you must realize: it depends entirely and only on you whether or not you agree to be influenced. Even the devil cannot force you against your will. Yes, if the forces of evil destroy someone, it is because they have been allowed to do so.

But someone who runs away from temptation is bound, sooner or later, to give in. You cannot solve problems by running away from them. We need to be tempted in order to measure our true capabilities and become stronger. When we are tempted, it is like having a problem to solve or an exam to pass: it makes us put our best foot forward and show what we are capable of… »

Omraam Mikhael Aivanhov, from a lecture given at the Bonfin in 1962.
Izvor Book 215,  The true Meaning of Christ’s Teaching
Original Edition 1985, Chapter 1.