Love is its own reward

‘Those who are not lacking anything, don’t need to expect anything…’
‘One of the truths you will learn in an initiatic school is to do things for others without even letting them know that it was you who did it. In this way, you awaken something good in response, for they will be obliged to wonder who their magnificent, unknown benefactor is, and will be encouraged to do things for others in the same way.

Of course, this applies to me, too. I should be able to give you this teaching without your knowing that it is I who am giving it. But how can I? I can’t hide when I am talking to you; you can see that the words are coming from me. But I would far rather that these words were silent so that you would not know that it is I who explain things to you. 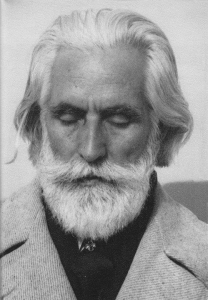 Actually, I often do exactly this when I am alone at home, or in the silence during the meditations. For I know all your problems and anxieties, and even when I cannot see you, I continue to give you explanations and advice. I can even reveal certain things to you that I could never reveal in words. But it is up to you to be attentive and to look for occasional enlightenment and illumination within yourselves. Even if you do not know that it was I who gave you that illumination, try to find and make use of it.

Those who are capable of giving without revealing themselves as the giver evolve magnificently and experience a secret joy that those who hasten to say, « It was I who sent you that, » can never experience. The fact that they announce their good deeds aloud shows that they expect to be rewarded, and as our rewards are sometimes a very long time in coming, they become angry, impatient and miserable at being obliged to wait.

Whatever happens, never forget human beings are your brothers and sisters, and look for ways to help them and show them your love without expecting anything in return. Because, really, you already have your reward in the inner expansion and warmth that pervades you when you love. That is a great reward, there is no greater one in life. For then your heart is like a river, a source of living water. But you must do it naturally, just as the sun shines in the sky and the flowers fill the air with their scent. Yes, think of all the flowers that grow high up in the mountains and that nobody ever sees or admires… they continue to do their work without a sign of vanity.

Humans always expect to be rewarded for the good they have done. But those who have understood the secret of love don’t expect anything in return, they don’t even think they can be given anything, for they already taste a happiness beyond anything they could have imagined. As they are not lacking anything, they don’t expect anything; they swim in joy, they are radiant, and in this way they gain the confidence of many friends. Where will you find a greater reward than that?’

FacebookTwitterLinkedInRedditGoogle+TumblrPinterestVkEmail
Mothers can work great miracles
Your spirit is eternal