Your spirit is eternal
Mikhaël explores the Cosmos, Part 2/5
Meeting Mikhaël as a young man, Part 1/5

A friend of Mikhaël, a young man called Alexander, described to his daughter their first meeting. « We met on a train. I was seventeen at the time and was traveling alone. Standing in the corridor outside my compartment was a young man, a little older than myself. He must have sensed that I was looking at him, because he suddenly turned round and smiled at me with an extraordinary expression of radiance and warmth. I was tremendously struck by the spiritual beauty that shone from him. I stood up and went out to the corridor and leaned on the window beside him.

We talked about all kinds of things and discovered that we both lived in Dounavska Street, in Varna: he at one end in the Turkish quarter, and I at the other end. Then he talked about his Master and told me that he was on his way to a convention at Ternovo. At first I wanted to go with him, but finally we decided that we would meet again in September in Varna, and he would give me some books and take me to the Master’s talks. » 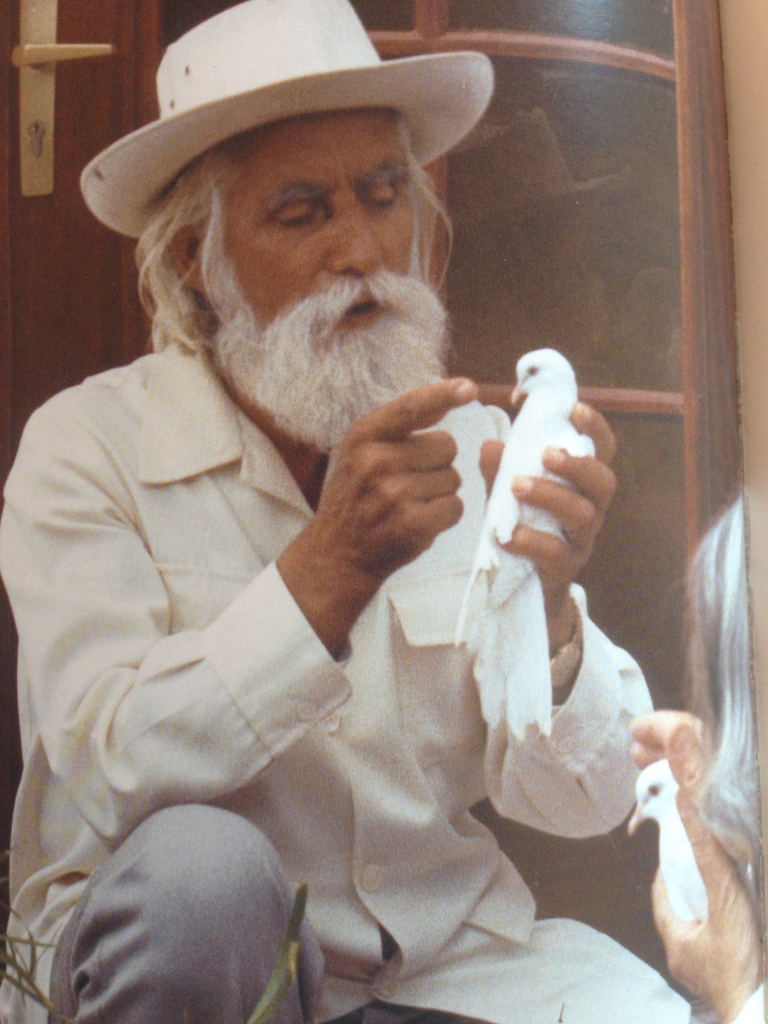 This was the beginning of a lasting friendship. Alexander became a member of Peter Deunov’s brotherhood and attended his talks regularly. In the Spring he accompanied Mikhaël when he went to meditate in the Morska Gradina park at sunrise. One morning as they were sitting on a bench in front of the rising sun, a bird came and perched on Mikhaël’s shoulder. Mikhaël was deep in meditation and did not stir, but Alexander was distracted and watched his friend for a long time. After a while, as the bird remained perfectly still, he could not resist murmuring: « Mikhaël, you know there’s a bird on your shoulder? » « Yes, I know, » replied Mikhaël.

Then, opening his eyes, he talked to the bird with all the affection a human being can feel for a small animal. It was obvious that there was a genuine communication between those two beings, so different from each other. « The bird listened », added Alexander, « and seemed to respond with little movements of its head. There was such tenderness in Mikhaël’s gestures and such an extraordinary light in his face that I have always remembered that moment. »

Main image, Morska Gradina (The Seaside Garden) in Varna, through which Mikhaël would walk in the morning with Peter Deunov to watch the sunrise over the Black Sea)
To be continued…

FacebookTwitterLinkedInRedditGoogle+TumblrPinterestVkEmail
Your spirit is eternal
Mikhaël explores the Cosmos, Part 2/5