Mikhaël and the mind of the Buddha, Final Part 5/5

Mikhaël on the subject of clairvoyance, Part 4/5
Rivers have their source in the mountains
Mikhaël and the mind of the Buddha, Final Part 5/5

In later years Mikhaël often spoke of having been profoundly influenced not only by Jesus, but also by the Buddha, the two great luminaries of his youth. He must have striven to enter the mind of the Buddha as he had with Jesus, since he would say later that he had succeeded in communicating with the Buddha at the age of twenty-two or -three. In the solitude of his little room, eager to draw upon every source that spoke of God and the perfection of the created universe, he studied a wide range of spiritual philosophies. He was already familiar with the Cabbalah, whose definition of the structure of the subtle worlds satisfied him deeply. 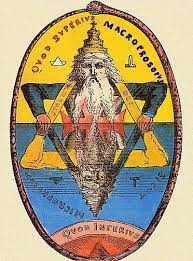 In Mikhaël’s eyes, this representation of good and evil was an excellent and unequivocal expression of all creation as a reflection of God, who makes use of both positive and negative forces.     For one in whom the spirit of mysticism is highly developed, every philosophical discovery seems to lead directly to a spiritual experience; it is an ‘event’ that triggers an inner change, however minute.

One day, reading the Zohar, the principal book of the Cabbalah, Mikhaël was extraordinarily moved by the text, ‘Seven lights are there in the highest, and therein dwells the Ancient of Ancients, the Most Hidden of the Hidden, the Mystery of Mysteries, Ain Soph.’ When I recited these words everything within me started to vibrate and quiver. Those seven lights are the seven colors, and each one corresponds to a particular virtue or quality: purple corresponds to sacrifice, blue to truth, green to hope, yellow to wisdom, orange to sanctity and red to love.

FacebookTwitterLinkedInRedditGoogle+TumblrPinterestVkEmail
Mikhaël on the subject of clairvoyance, Part 4/5
Rivers have their source in the mountains