I want to feed your Spirit, Part 7/7
Our Aura is like an Antenna
Our spiritual organs

– Nature has established this hierarchy amongst our senses.

For thousands of years human beings have been doing all they can to increase the variety and intensity of the sensations and perceptions transmitted by their five senses, and it is this play on the keyboard of their five senses that they call culture and civilization. Well, all I can say is that I find this very inadequate. However great the degree of refinement of the five senses, they will always be severely limited because they belong to the physical dimension.

Nature has planned other keys for this keyboard: yes, a sixth and even a seventh and eighth sense, far more intense and far more powerful.

At the moment, though, human beings confine themselves to the use of their five physical senses: they refuse even to acknowledge that there are other dimensions waiting to be explored, other sights, scents and textures to be experienced. So it is not at all surprising that they are unable to enjoy new and more varied, richer or more subtle sensations.
Humans must realize that if they keep trying to multiply and amplify their physical sensations they are doomed to bitter disappointment, for these sensations are severely limited. Why? Because each organ is specialized: it has a specific function and can provide only those sensations which correspond to that function. If we want to experience fresh sensations we shall have to turn to other organs, organs which, although we don’t know it, we all possess. 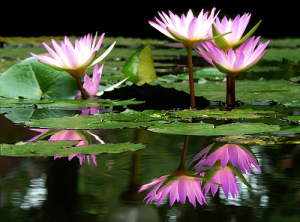 In order to feel fulfilled and enjoy the extraordinarily rich and powerful sensations they hunger for, people are going to have to stop relying exclusively on their five physical senses. God has endowed the human soul with certain latent faculties, but someone whose life is too absorbed by the things around him can prevent these faculties from developing.

Westerners have honed the life of the five senses to a high degree of perfection and they are convinced that that is the way to know all there is to know and to attain happiness. They know a great deal, that’s true, and they experience a wide variety of sensations, but their five senses devour every drop of psychic energy so that they have none left for the spiritual dimension.

In the West, people live too much in their physical sensations; they have no energy to spare for the cultivation of other faculties. But it is a life which conceals the true life. It is important that you understand this and that you eliminate from your lives many different sensations which prevent you from perceiving things as they really are. Each of our sense organs provides us with a partial knowledge of the world, and it is interesting to note the hierarchy that exists amongst them. 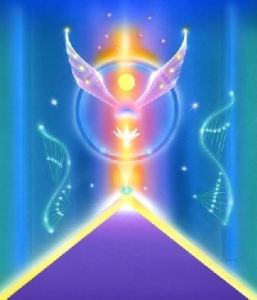 Now, if we want to penetrate into the astral world we can no longer rely on our five senses, we need another sense especially adapted for the purpose and capable of perceiving even subtler forms of matter. Anyone who has not developed this sixth sense cannot even be aware that there are other levels of matter, other regions.

Yes, Nature has established this hierarchy amongst the five senses. But her work did not stop there: other senses must now put us in touch with vaster and more remote regions of the universe. Until humans have developed their organs designed to put them in touch with more exalted entities in higher, subtler regions, their knowledge will be severely limited. If they want to grasp the whole of reality they must practise until they succeed in awakening other faculties that have always been there, within them, but which are still asleep, waiting until they are ready to use them…

FacebookTwitterLinkedInRedditGoogle+TumblrPinterestVkEmail
I want to feed your Spirit, Part 7/7
Our Aura is like an Antenna