Release the divine currents within… Part 1/3

The Laws of Nature and Moral Law
Learn to find nourishment in light, Part 2/3
Release the divine currents within… Part 1/3

There are, therefore, two worlds: the world of reflection and illusion below, and the world of reality above. In each of the two worlds there is also an ‘above ‘ and a ‘below,’ so that that which is below in the world of illusion corresponds to that which is above in the world of reality. And since the Creator is on the highest plane of the divine hierarchy, in man—who is a reflection of that hierarchy—the creative function is at the lowest level.
I have already spoken to you a long time ago about this reversal, when I told you that stones, minerals and crystals are the reflection below of the divine world above. The lower centres in man correspond to the highest levels in the divine world, for in man, the microcosm, the macrocosm finds its reflection upside down. This is why Brahma, the Creator, is said to dwell in man’s belly. 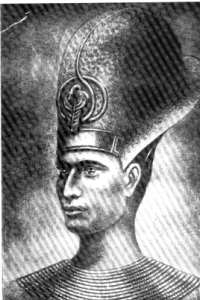 The subject is infinitely vast but I have already said a great deal… enough for the moment, at any rate. If I told you more you wouldn’t know what to do with it; it would only burden you. Of course, I know, everyone always wants to know everything, but that is simply curiosity. In true initiatic teaching what matters is that the disciples put things into practice and learn to rely on their own forces, their own capabilities, in order to accomplish something valid. I am well aware that you won’t like it when I say that, because you are accustomed to looking for solutions outside yourselves.
And it is precisely for that reason that the force-centres within you don’t function as they were intended to: they are rusty, and the currents cannot flow as they should.

Perhaps you will say that you do work on yourselves but that you don’t get any results. Of course, none of this is easy and the question of reincarnation comes into it, too. If this is the first incarnation in which you have tried to work with these centres you need not be surprised if you are finding it difficult: they have been left idle and immobile for centuries, so you can hardly expect anything else. But for those who have already done some work in this line in previous incarnations, and who continue to do so in their present life, then, naturally, they will find it less difficult and will get some results.

So this is why I am telling you to hurry up and start to do something about it in this incarnation, knowing that if you don’t begin now, you will not be able to do so next time, either. For the moment you may obtain only very meagre results, but that doesn’t matter; at least you will have begun. In your next incarnation you will go on from there, and then you will get substantial results. So the important thing is that now, in this incarnation, you begin to release the divine currents within.’

FacebookTwitterLinkedInRedditGoogle+TumblrPinterestVkEmail
The Laws of Nature and Moral Law
Learn to find nourishment in light, Part 2/3