« Many people question their religion because they think that science contradicts and nullifies the truths it contains, but that only shows that they have not understood things correctly. On the contrary, let me tell you that the discoveries of science actually emphasize the truths contained in religions.

I can also show you that modern science does not contradict the truths taught by Initiatic Science, in fact it even proves their veracity. But this is something that neither scientists nor religious people have yet understood. 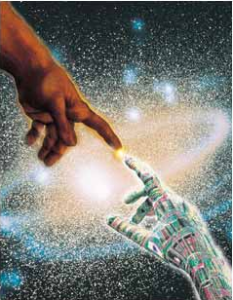 For me, there is no contradiction: science and religion go hand in hand; in fact they both go hand in hand with art, too, for the three are intimately related. Science brings mankind light, religion brings warmth (love), and art brings creative activity. Why have we invented the gulf that now separates these three when Nature created them to work together in life? Initiates have never separated them from each other, but now that Western culture has done so, religion no longer has a hold on scientists: they reject it out of hand. But they reject it, of course, because they do not possess true science.

Their kind of science focuses exclusively on the physical, material world. They are ignorant of the one true science on which all the religions of the world have been founded: the science of the three worlds, material, psychic and spiritual. As for art, it wavers uncertainly between the two, rebelling first against one and then against the other. 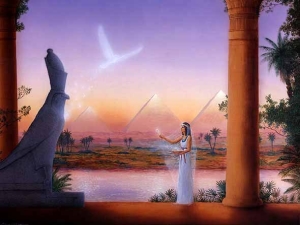 In nature, I repeat, religion, science and art are one. If they are not one today it is because human beings have separated them, and as long as they continue to separate them, men will never find truth. Science, religion and art form a unified whole, thanks to which everything can be understood and explained. Science is a need of the intellect; religion is a need of the heart, and art is a need of the will which seeks to express something, to create and build. And these three needs are closely related, for you begin by thinking something, but you have to feel it before you can make it a concrete reality.

As a matter of fact, I can tell you that many contemporary scientists are reincarnations of Initiates of the past, High Priests who had knowledge of the Mysteries. Those who discovered radio and television simply applied the knowledge they had acquired in the distant past. Yes, they were Initiates of ancient Egypt, for our era is connected in many ways to Egyptian civilization, and it is destined to see the revelation and application on the physical plane, of the sacred science of ancient Egypt… »