So the spirit changes its form, but forms do not evolve; they were created from all eternity, and even those that are still unknown to us, the new forms of plants and animals, already exist as archetypes. And for us, too, new forms are ready and waiting, and as we advance in our evolution we shall assume these new forms, for we constantly have to abandon an old form and acquire a new, more flexible, purer, more luminous one.

In this way, as we assume new forms, we shall acquire new and better means of action and manifestation, whereas if we remained prisoners of our old forms we would be limited, we could never make any progress. This is what religious people fail to understand: they cling to the idea that they must perpetuate the form. But it is just not possible; it is in contradiction with the decrees of Cosmic Intelligence. 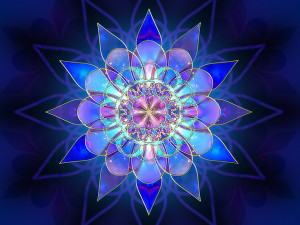 Form is already eternal! Yes, but only in the workshops on high, in the world of archetypes. On that level all forms are eternal because they are there to serve Cosmic Intelligence. But if men try to perpetuate forms eternally on earth, that is, if they cling obstinately to one particular form, they oblige the Invisible World to come and smash it to pieces in order to set them free. This may seem very cruel, but it is not a question of cruelty. It is a question of love; the love of Heaven that obliges man to advance.

Besides, what happens to human beings from one incarnation to the next? More often than not they change their sex. If you were a woman in a previous life, it was in order to learn to manifest the qualities of the feminine principle. And now that you are a man, you must learn to manifest other qualities.

This apparent cruelty on the part of the Invisible World which shatters old forms in order to create new ones is done to set human beings free and allow them to evolve. Our Teaching provides a new form. Oh, I know: people are going to exclaim in horror at that, and swear to oppose it, because they are convinced that they have to remain faithful to the traditions they inherited from the past. But they will not emerge victorious from this battle: the Invisible World will show them that they are mistaken.

A new form is going to appear which will last for a certain time before it, too, makes way for yet another, more perfect form. As you see, I am being perfectly fair and honest with you; I have no wish to mislead you by telling you that the form introduced by our Teaching will be eternal. Once it has done its work it will make way for yet another new form which will be still more highly evolved and better adapted to the times.