– Protect yourself while you are asleep

At the same time as the earth travels in orbit round the sun, it spins on its own axis, making one complete revolution every twenty-four hours. This explains why, in that same twenty-four hour period, every part of the globe moves alternately from night to day and from day to night. While one part of the world is asleep or preparing for sleep, another part is just getting up or already at work. The fact that people are fast asleep in one part of the world, while, in another part they are going about their business, is at the origin of some very interesting phenomena in the subtle dimension.

When a person falls asleep, their soul leaves their physical body (while remaining attached to it by the subtle bond known as the silver cord), and bored at finding itself among other sleeping human beings, it goes to where everybody is awake, on the other side of the planet. There, unknown and unseen by them, it mingles with them and takes an active part in their lives. In this way, while you are awake in the daytime, you may be visited by many men and women who are asleep on the other side of the globe. Their souls come and whisper in your ear, confiding to you the story of their lives and all their problems and woes.
Sometimes, when you feel sad or uneasy, it is because the feeling has been communicated to you by these people. You think that your distress is of your own making, when in fact it may come from the souls who have left their sleeping physical bodies on the opposite side of the world. If these souls choose to come to you, it is because your thoughts and daily preoccupations create vibrations that are attractive to them. 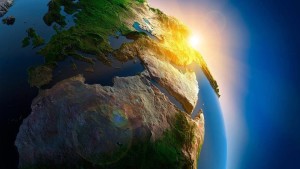 Depending on your affinities and sympathies, it is you who determine whom you will associate with and the kind of psychic environment in which you will dwell; even if you move to another town or another country, you will always attract the same souls and be surrounded by the same atmosphere.

If you work to become a magnet that attracts luminous entities, you can go to hell itself and still be surrounded by angels, and with their help, drive out the demons who will be afraid of the angels destroying their kingdom. On the other hand, there are people who would always manage to surround themselves with demons, even if they were transported to paradise. You must be constantly on guard, therefore, and waking or sleeping, do your best to attract only the presence of benign beings.

The Cabbalah tells us that, when someone goes to sleep, an unclean spirit attaches itself to their physical body and tries to suggest impure ideas and desires to them in order to take possession of their body and avail itself of his reserves of vital forces. You may say, ‘Do you mean to say that spirits come to us while we are asleep and rob us without our knowledge? But they have no right to do that.’ Well, as for that, they just give themselves the right. Think what human beings have been doing to animals for millions of years: exploiting and slaughtering them mercilessly on the pretext that they needed them to till the soil, pull their carts, carry them on their backs, provide them with food and clothing or entertain them, etc., etc. 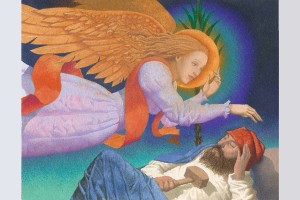 Do human beings sometimes feel guilty about making use of animals? Not at all, on the contrary: ‘What’s wrong with exploiting animals? That’s what they’re there for.’ Well, let me tell you that the invisible world is full of entities who use exactly the same argument in reference to human beings. They have no scruples about exploiting them, particularly while they are asleep and unable to defend themselves.

This is why, before going to sleep, it is important to protect yourself by asking spirits of light to guard you. And don’t forget, the encounters you may have on the astral plane will not always be very reassuring. If you have an experience of this kind while you are meditating, remember that the first thing to do is to get back into the shelter of your physical body.

But if you want to advance and evolve you are going to have to accept not only that these unclean entities exist but that you must defend yourself against them. And you can do this by asking for an angel from heaven to come and look after you and lead you to the Lord’s school where you can learn love and wisdom. In this way you will always have a guardian to watch over your body at night and prevent malignant spirits from taking possession of it.

It is time people understood what an initiatic school really is. Far too many still think that it is a place in which to acquire clairvoyance, magic powers and all sorts of fantastic faculties that will enable them to satisfy their desires and ambitions. But that is not it at all! The true purpose of an initiatic school is to lead human beings to commit themselves to work ceaselessly for the kingdom of God on earth, for the reign of brotherhood amongst men. You don’t need to be a clairvoyant or to possess any special powers to commit yourself to this work; all you need is to become wiser, purer and less self-seeking, and to acquire greater mastery of yourself.