The origins of the Bonfin

In the hinterland of the French Riviera, near the town of Fréjus, Jean, a follower, owned a piece of land known as the Bonfin. It consisted of a few acres on which grew one ancient evergreen oak, a few pines and fig trees, and some old vines. In the center stood the ruins of an old farmhouse. The Bonfin today.

Jean hoped that one day his land would be a home for the brotherhood, and while Brother Mikhaël was absent, he had recruited a few friends to help him prepare it for occupation. When Mikhaël visited it in 1947, he was particularly attracted by a steep hill to the east of the land with a splendid view of the rising sun, which came to be known as ‘the Rock of Prayer’.

Tents were swept away by the Mistral
Tremendous efforts with pick and shovel were needed to build even the most rudimentary structures on the unforgiving ground. In this country regularly swept by the mistral, tents and temporary shelters had to be firmly anchored to the land, and even then they were sometimes carried off with all their contents by violent gusts of wind.

Mikhaël occupied a minuscule caravan which Jean had built for him out of used materials he had collected over the years. When the mistral blew, this precarious dwelling rocked and swayed and threatened to fly away. 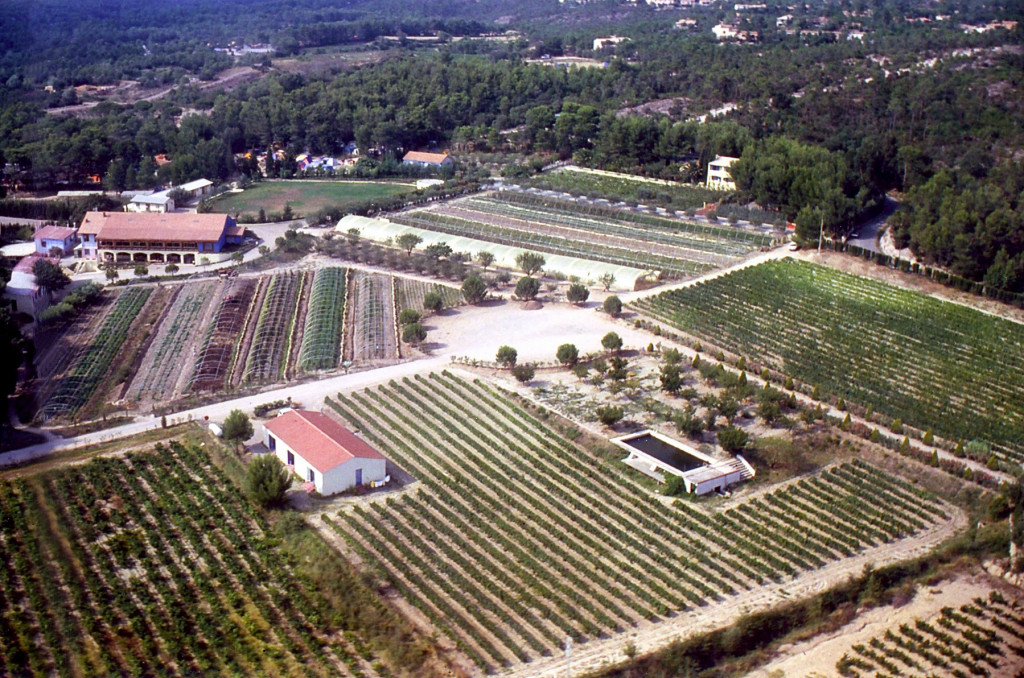 Gradually over the years, the summer conventions would be extended from two weeks to three months. Members of the brotherhood arrived from every corner of France and Switzerland for stays of various lengths, and the coming and going was constant.

As always, Mikhaël was content with very little. For several years, he occupied the small caravan built by Jean, before moving into a tiny cabin which measured six feet by nine. It was only several years later that the brothers could afford to provide him with one of three rudimentary wooden cottages built with cheap materials from a demolition site. When he talked of the spiritual work one could do in a restricted living space, he was speaking from experience.

Growing the fruit and vegetables
The work of developing and improving the Bonfin continued for several years. Great quantities of top-soil had to be imported before it was possible to plant the vines and grow the crops of vegetables required to feed the growing numbers. Mikhaël made regular rounds of the teams at work, lending a hand wherever it was needed. Nothing escaped his vigilance, no task was beneath him.

But the evenings were a time of relaxation when he strolled among the tents and talked to the brothers and sisters. And always, in spite of the arduous nature of the work, he asked each one to be mindful of the beauty of the environment: ‘The beauty we create around us,’ he said, ‘is reflected in our soul.’

Louise-Marie Frenette,
Extracts from The Life of a Master in the West  (Amazon, ‘look inside’)
‘Flip through’  at Prosveta bookshop