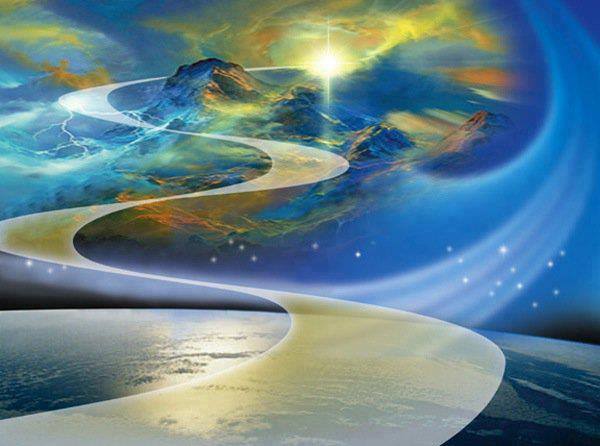 ‘The one thing that is asked of us is to make up our minds to transform just one creature on earth – ourselves – that is the only thing that we shall be held responsible for – the transformation of ourselves. When a human being improves their inner state, the whole world is transformed because they see it through different lenses.

The Starting Point for our Journey

The starting point for our journey of Spiritual Transformation is an understanding of the two natures that exist in human beings and that is our destiny to develop our higher Nature in order that it can express itself.

For centuries, for millennia, humans have been studying the psychic world, trying to discover more about their inner self and what motivates their actions. A human being is a perfect unity but that the unity is polarized, that is, there are two manifestations, two different aspects. Humans have two different natures, the lower nature (inherited from from the distant past when animal instincts controlled us), and the higher Nature (or the Higher Self). Both are endowed with faculties enabling them to think, feel and act, but in opposite directions. I have called these two natures the personality and the individuality.

The thing that interests animals most is survival, they need food and shelter above all, and then they need to reproduce and defend themselves. Nature herself has given them their instincts of self-preservation, aggression, reproduction, but humans are a different matter. Cosmic Intelligence gave them the power to think and to reason (along with other qualities and virtues).

For centuries the instinctive nature of humans has had time to grow and become a strong habit, whereas the mind and the ability to reason are comparatively recent acquisitions. Wisdom installed itself quite recently in man, which is why it is so fragile and delicate. It should not surprise you therefore, to learn that you are controlled by your human nature! It is your own instinct, your own prehistoric nature answering to whatever attracts it, without thinking. Animals, not being intelligent, must be fearful in order to avoid danger; humans, who have intelligence (the new element proving our progress), should not hold on to fear, it is no longer natural because it keeps us from evolving.

The question is how to develop our intelligence and make it strong enough to conquer our ancient instincts and impulses, our animal (or human) nature. It is your problem and my problem and everyone else’s problem. We must all resolve it by learning not to capitulate to the lower nature.

I am not saying it is easy, nor that it can be done in a day. Human nature is too close to animal nature for it to change easily or rapidly. But what human beings must understand first of all is that they are something more than their physical body, that all those desires and instincts belong to something that is not themselves, for until they know that, they will not be able to advance along the path to evolution.

In a number of Eastern traditions, the Yoga of self-knowledge is called Jnana-Yoga. It begins with self-analysis: who one is, where one is, why one is. The disciple learns that even if they lose an arm they are still themself, that is, still ‘me’, ‘I’, they are not their arms, nor their legs, nor their stomach, etc., that is not their real self.

Then the disciple examines the realm of emotions and discovers that the feelings they experience are not themself either, since they can stand back and observe and analyse and control them. Their real self is therefore above their emotions. And the same for their thoughts. With this process, little by little they get to know the real self, the self that is above all else, a most luminous, omniscient, omnipotent, infinite self which is part of God himself. And after years of discipline and spiritual effort they may finally become one with their Higher Self.

They come to the realization that their personality is not eternal, it is not even real, but only a partial and fugitive reflection of their true self, a mirage, an illusion called ‘Maya’.

But it is not the world that is Maya as some people think, for the world is real, matter is real, as are lies and deception, as is hell. Maya is the personality. It is illusion to think we are separate beings, separate from the life of the universe and separate from the divine Being who is everywhere. Those who understand this truth can no longer be divided against each other, they are incapable of waging war, to them the whole world is one collective being.’

Books on this topic:

Know Thyself, Who am I?  Jnana-yoga

Lecture: ‘Through their thoughts and feelings, human beings must become conscious that they are the sculptors of their own body — we must get into the habit of communing with the whole universe in order to be inspired and expanded.’

Extract from a lecture given on 5 April 1980:
In all realms of life, there is no evolution without involution. Involution means the sacrifice of something in order to make something else evolve.