The Visible and the Invisible 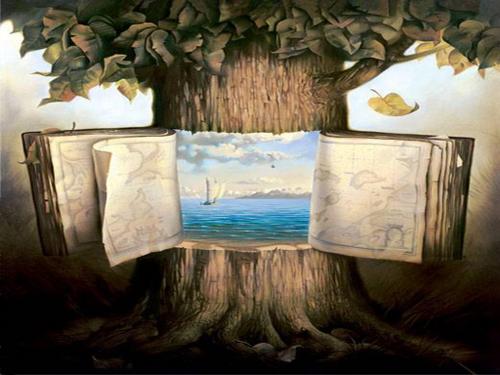 Nature and the Invisible…

‘Most men and women think that the notion of an unseen world peopled with innumerable invisible beings that are just as real, and often a great deal more highly evolved than those they rub shoulders with every day, is too far-fetched, too ridiculous to be taken seriously. To their way of thinking, anything that cannot be perceived by human beings or by one of the highly sophisticated instruments used by scientists simply does not exist.

Love is invisible, but how can we doubt it?

Does someone who is in love doubt the existence of their love? They cannot see it, they cannot touch it, and yet they are ready to move heaven and earth because of it. Is that logical?

Actually, although they don’t realize it, human beings believe only in what is invisible, intangible. The reasons for which they think, feel, love, suffer and weep are always invisible, and yet they continue to insist that they don’t believe in the invisible world. Read more

Living in the pre-Pasteur era

‘In what concerns the psychic and spiritual realms, human beings are still living in the era before Louis Pasteur, when people refused to take any precautions against microbes that they could not see. Today’s scientists do not study the invisible world because they believe that the instruments they need do not exist. They are mistaken, the necessary instruments do exist; in fact they are far more precise and accurate than those used to measure the phenomena of the physical plane.

The only thing is that there are no microscopes sufficiently sophisticated to detect the virus of the astral and mental planes.

Yes, life can be studied. In fact, the inner spiritual life can be known with even greater accuracy than can be achieved on the physical plane, on condition, of course, that our instruments of absolute precision, our relevant spiritual organs, have been developed. Read more

Sensitivity towards these invisible beings

Someone who wishes to make serious progress on the path of evolution, therefore, must begin by cultivating their sensitivity towards the invisible world. But that is no more than a preliminary condition. It is not enough to acknowledge that space and our own beings are inhabited by invisible entities and currents, we also have to exert ourselves and collaborate with them in some constructive work.

Ah, yes… the idea is new to you, isn’t it? You are accustomed to keeping things tidy on the physical plane in your home, at work and even in your own appearance, and this is all to the good. But inwardly, in your thoughts and feelings, everything is in turmoil because you don’t believe that your thoughts and feelings belong to a world that really exists and in which you must also work at keeping things tidy, harmonious and beautiful.

‘From time immemorial philosophers have recognized in man a miniature universe. In the temples of antiquity he was portrayed as the key to the door of the Great King’s palace, because all that exists in the universe, whether it be energy or matter, exists to a lesser degree in man. So the universe is known as the macrocosm (the great world) and man as the microcosm (the small world.)

And ‘God’ is simply the name man has given to the sublime Spirit who created both worlds, the great and the small, who breathes life into them, maintaining them in existence. Created in order to live and develop, man, the microcosm, must necessarily maintain a permanent bond with Nature, the macrocosm. He must be constantly tuned in, a partner in a continuous relationship of exchange. 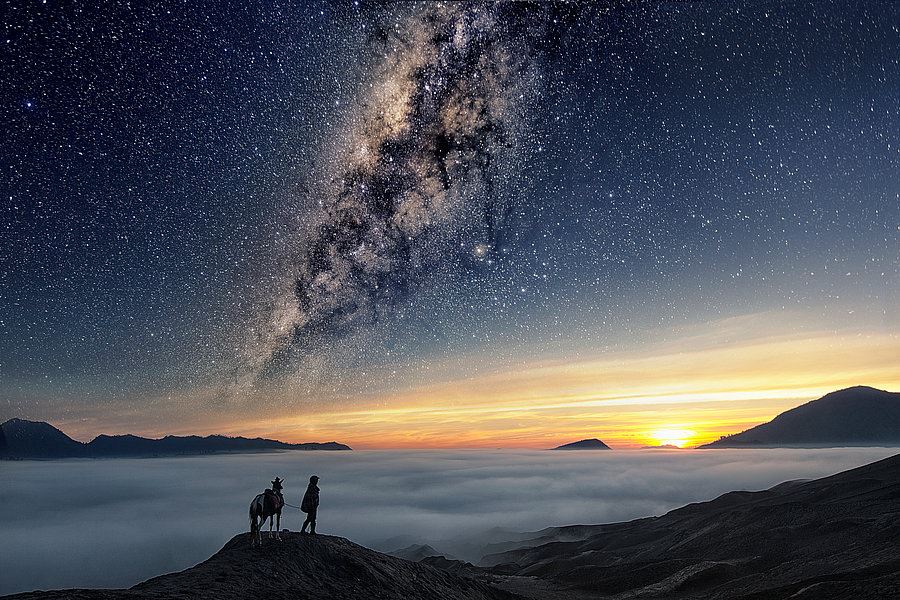 It is this interaction, this symbiosis between man and Nature that we call Life. Life is nothing more than a ceaseless flow of give-and-take between man and Nature, and sickness and death follow if this flow is interrupted or obstructed. The food we eat and drink, the air we breathe, are God’s own life. Read more

Above all, you must open your hearts to Nature and feel your mutual bonds, feel that you are a part of Nature. When you open your heart to the divine current flowing through the universe you are establishing the perfect relationship of exchange, a totally new intelligence begins to awaken within you and you begin to grasp even the most subtle philosophical thoughts.

A great Master or initiate is someone who understands exactly how man is built, and who has an intimate knowledge of the whole of Nature. He can, therefore, explain how man should exchange with Nature through his thoughts, feelings and actions. Orientals say that you can learn more by spending five minutes with a genuine Master than in twenty years in the best universities of the world. Read more