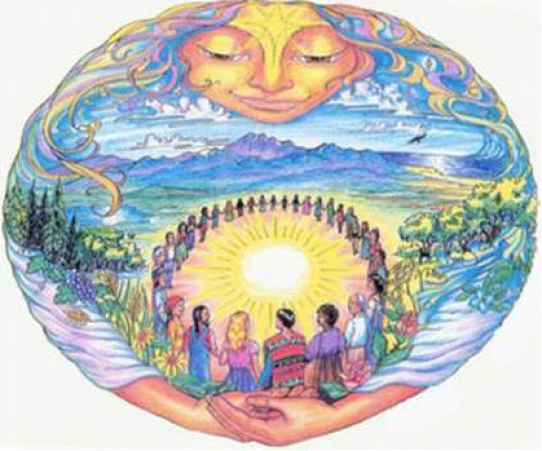 The Spiritual Master Omraam Mikhaël Aïvanhov, on the subject of world peace and unity:

‘One day, if God gives me the opportunity to talk to the whole world, I shall say only this…

All of you without exception, rich or poor, learned or ignorant, are entangled in inextricable difficulties simply because you do not know where your best interest lies. When it is a question of making a profit, amusing yourselves or waging war you are all there, without hesitation.

But when it is a question of creating the conditions that would enable the whole of mankind to live in peace and happiness, nobody moves. This means that you do not know where your own best interest lies. You don’t really want to be happy; if you did you would all unite to make it possible.’

Much of the time it is just a lot of talk

“Many people, nowadays, say that they are working for world peace whereas, in point of fact, they are not doing much to establish true peace. It is just a lot of talk! They create all kinds of organizations to work for peace but what they are really interested in is getting their name in the newspapers, being invited to receptions and receiving honours: the lives they are leading do nothing to bring about peace.

They write articles and books and convene meetings to discuss peace and, at the same time they continue to nourish the seeds of war within themselves, for they are always in conflict with one thing or another. What kind of peace can they bring to the world in these conditions? Peace must first reign in people’s inner being, in their acts, their thoughts and their feelings. Only when this is so will they be in a position to work effectively for peace in the world.

Peace must first exist in our inner being

It has never occurred to people that they must begin by getting all the particles of their physical and psychic being, to live and co-operate together in accordance with the cosmic laws of peace and harmony so that the peace they claim to be working for actually emanates from them.” 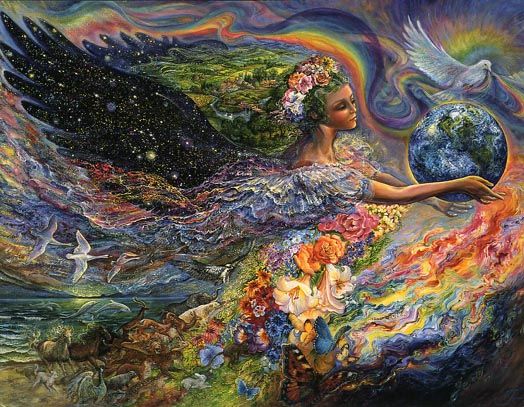 Where mankind is mistaken

Many people spend their time accusing others of fomenting war. They think that in this way they are contributing to world peace. Some blame the rich; others say that the fault lies with bankers or politicians. Believers accuse those who are not of their own particular Faith of fanaticism. Look around you and you will see that everyone thinks that if one could just get rid of something or someone else, peace would reign in the world.

To tell the truth, the question is perfectly clear and simple; it is just that people seldom stop to think about it. People should ask, ‘If we have so many misfortunes and difficulties today, could it be because we have asked for them? Consciously or unconsciously we may have wished them on ourselves. If we had wished for the opposite, could we have it all today?’

An alternative paradigm, the concept of brotherhood

Initiatic Science, the Science of the Spirit, explains how above, in the Heavenly regions, human beings are all built on the same pattern with the same organs, the same capacities and needs, the same desires and the same ideal. But, as they don’t live and know each other on that higher level, they cannot see that they are identical. When they look at each other down here, on the lower level, they cannot see that they are brothers and sisters; on the contrary, they feel so foreign and different, antagonistic even, that often without thinking, they resort to old habits of conflict or war to resolve their differences.

Here on earth we are actually like actors in a play

As human beings discover more about Initiatic Science they will gradually come to understand that, inwardly, they are all alike: they all aspire to joy, happiness and freedom, to knowledge and light, and they all experience suffering in the same way. When they see this, they will begin to realize that it is only on the outside that they are different, that they are wearing different masks. They are like the members of a theatre company: they fight and kill each other on stage, but in real life they are great friends. Human beings are all actors in a comedy — or a tragedy — but in real life they are brothers and sisters. 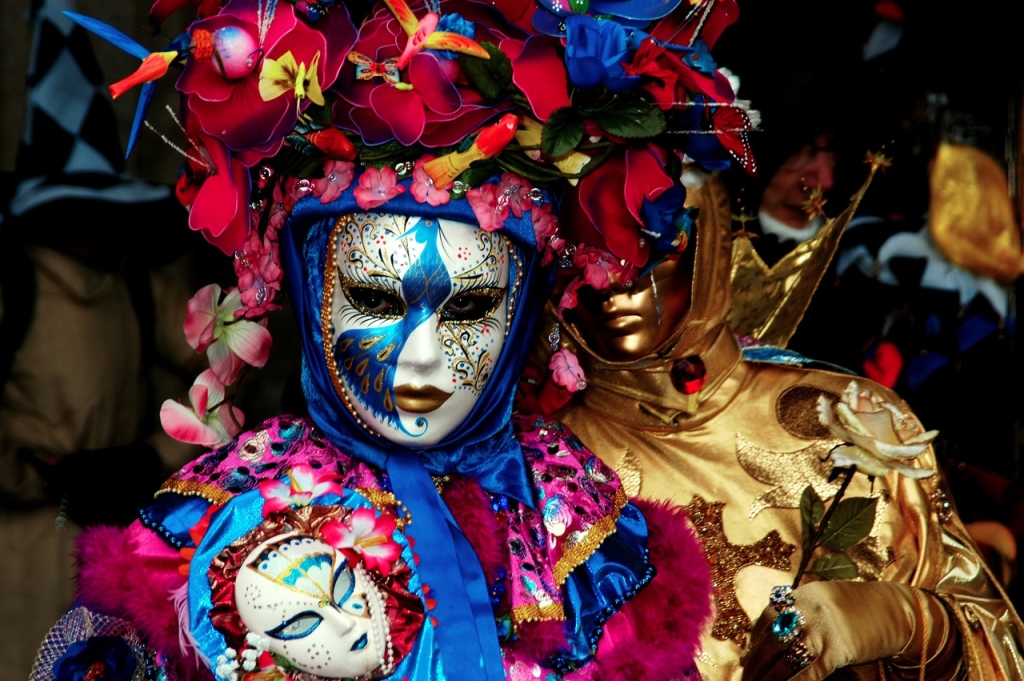 If it seems utterly impossible to us to see the whole world as brothers and sisters, as one family, it is because we base our judgement on the external aspects of humanity. Outwardly, it is true, human beings are very different in the colour of their skin, in build, customs, culture and religion. If you tried to get Parisians and Eskimos to live together, the Parisians in Greenland and the Eskimos in Paris, you would have endless problems. If you look at the question more closely, however, you will understand that all human beings are inwardly alike.

If the countries that are at war with each other in the world today suddenly became aware that they all belonged to the one, Heavenly homeland, they would stop attacking each other. But this consciousness has not yet made itself felt. Human beings still live on too low a level, on the level of self-interest, lust and greed. They are still not aware that they are all the sons and daughters of the same Father and Mother, the Heavenly Father and the Divine Mother; when they become conscious of this they will behave differently.

The more you know human beings on the higher level, the more it becomes apparent that they are all built on the same pattern and have the same needs; their differences are only external. But it is because of these differences that they are disunited. If you feel alien and isolated from others it is not possible to love them. But if you develop inwardly, if you awaken the sense of unity within you, you will begin to feel exactly what others feel. When human beings finally come to accept that their souls and spirits are united in the world above, they will form one immense family, the family of the Universal White Brotherhood; then they will automatically stop waging war on each other. 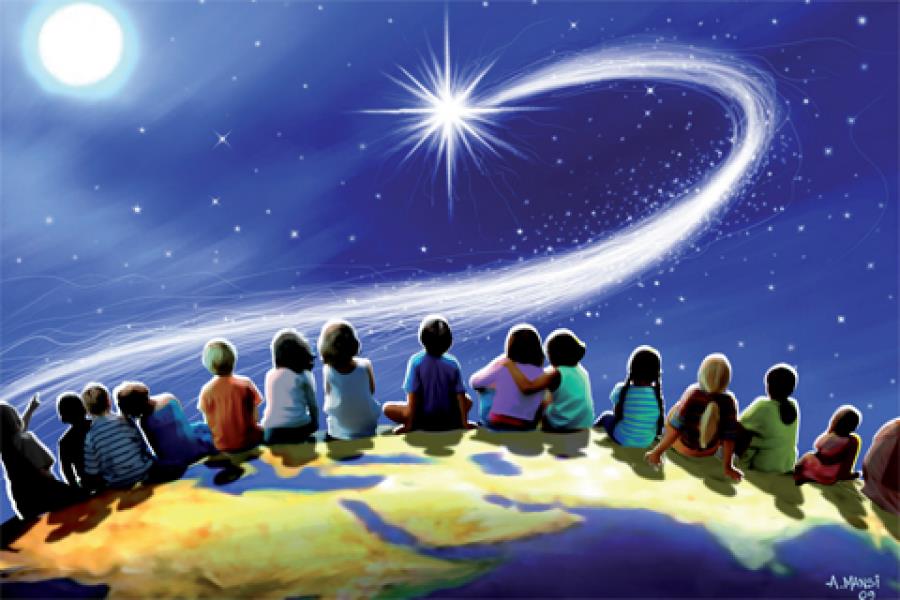 Those who explore Initiatic Science – The Science of the Spirit – will come to a deeper understanding of human nature, and the steps that can help establish peace in the world. Few people really understand the psychic structure of humans with their different subtle bodies and all their different needs and aspirations. Nor do they know the twofold nature of man that I have explained to you: the lower self and the higher Self, the personality and the individuality. Until those who work and hope for peace understand a bit more about this science of the spirit, they can do whatever they like but they will never establish peace in the world.

None of this is difficult to understand, but what counts is that people must want to change the situation and, unfortunately, they don’t. They spend all their energy on their own interests—and perhaps a little on those of their family—and this will never solve our problems. How can humanity be made to understand that the Kingdom of God could be established within a few days?

It has been said, ‘Man, know thyself’. Yes, man must know himself as he is outwardly but also as he is inwardly. And this is just the point: inwardly there is no difference between men; whatever their race or their level of civilization, they have all been created and fashioned to the same pattern in the workshops above. For the time being, as they are too deeply sunk into matter, they cannot help but hate each other; it is impossible for them to do anything else.

If you look at the creatures that live in swamps and jungles, you will see that they all devour each other; but if you look at those that live much higher in the invisible level, amongst the angelic hierarchies, you will see that they do nothing but embrace each other and exchange gifts. Yes, in the higher regions they exchange love whilst down below they exchange hatred and hostility. This is why human beings, who have sunk to such a low level, cannot do otherwise than devour each other. So then they draw the erroneous conclusion that humans will always devour their fellow men and that it is the law of the jungle that will prevail in the world. 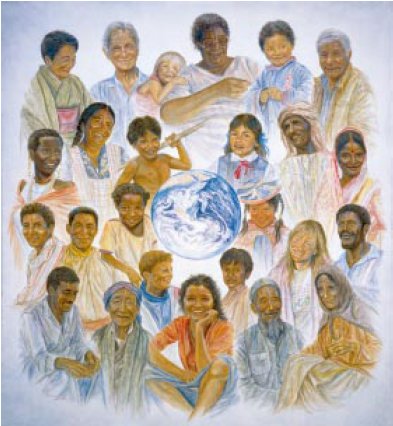 True progress, true change, takes place in the mind, in the heart and soul, and it takes place thanks to light. Nothing will ever truly be changed as long as men cling to the same selfish, dishonest, deceitful mentality. How can reforms be effective if the mentality is still the same? It is when the mentality is changed that society will automatically change. Everything depends on people’s mentality, and mentalities can only be changed by an alternative philosophy.

For true progress, revolution needs to happen in people’s minds

In conclusion, genuine peace and harmony in the world can never be obtained by changing things externally. It is the mentality of human beings that needs to be changed; revolution must take place in people’s minds. And that is where I can make it take place: if I have enough workers with me, those who misuse their power will be forced to disappear and Heaven will replace them with true servants of the light.

Try to understand me, therefore, and to do everything in your power to spread the Teaching so that the whole world may benefit from it. To be sure, a great many people today are working for the well-being and happiness of mankind and for world peace but, because their understanding of these things is too materialistic, their work is largely futile.”
Omraam Mikhaël Aïvanhov

This theme is covered extensively in:

Lecture of June 16th, 1985 – Our interest to work for the community:
It is a mistake to think that spirit and matter are in opposition, for matter is a condensation of spirit. And on this matter which came from it, spirit works to bring forth innumerable forms of life.

Lecture of July 20th, 1983 – Prayer and the Value of Community:
It is because you act alone that your thought does not reach its goal and it comes back to you. The secret is to unite with all those who are praying, for at every moment somewhere in the world there are beings who pray.