More than ever, our planet needs us…

We cannot just stand and watch the forces that are spreading fear, chaos and hatred
in our countries and societies throughout the world. 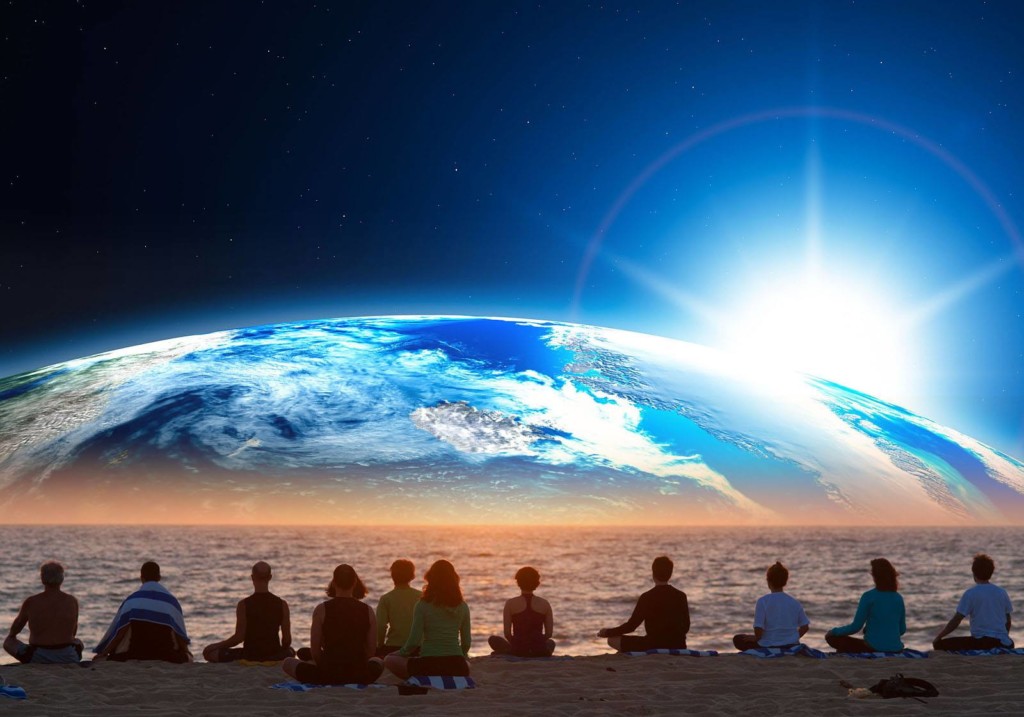 Opening the Gates of the Earth to the Forces of Light

After a period of reflection or meditation and connection with thousands of fellow LightWavers around the world, we invite you to simultaneously spend a few minutes saying out aloud “The Prayer to the Forces of Good”.  We encourage all humanity together, whatever their belief, to open the Gates of the Earth to the Forces of Light. (prayer available in several languages).

The forces of evil are in the minority on the planet

Their aim is to spread fear and create hatred between peoples on earth. They cannot succeed if all the good people on earth become aware of their tactics and expose them.

Why don’t we stand together confidently, creating a LightWave of positive energy, with the power to consume the negative energies of the forces of evil.

The Prayer to the Forces of Good

O God,
Grant that the powers of good be set in motion
to transform the world.
May the forces of good in the form
of love, light and purity
go to work and eradicate evil
so that the Kingdom of God and His Righteousness
may come on earth without delay
and the Golden Age reign amongst men.
Amen. So be it.
(3 times)

This prayer, said three times is a key to opening The Gates of the Earth to the Beings of Light.
The Master Omraam Mikhael Aivanhov said:

“Even the most powerful entities of the divine world cannot act directly on earth. Why?

Because they are not made of physical matter. In order for them to intervene, human beings themselves must give them the opportunity. Since the earth is like a fortress whose occupants are opposed to admitting luminous spirits, allies are necessary to open the gates.

On earth, human beings are as powerful as the armies of heaven, and as long as they want to oppose them, the fortress will remain impenetrable.

This is why heaven seeks allies on earth, who agree to let them pass. Spiritual people are just that: allies, thanks to whom heaven can infiltrate this fortress called earth and transform everything”.

Before the prayer spend a few minutes in reflection, mindfulness or meditation. During this time, think of the events and the forces of evil in your country that you wish to counteract. Think of the souls that have left us as a result, and the families that have been affected – and send them thoughts and prayers of peace, light and love. Think then of connecting with other LightWavers to create a laser-like wave of positive energy that will ‘Open the Gates to the Forces of Light’.

Then at the agreed time, we just need to say the prayer out loud 3 times, as speech produces waves that have an effect on the whole of creation. If we say the same words at the same time, we can create a huge wave that will be heard throughout the Universe! IT TAKES ONLY A FEW MINUTES OF YOUR LIFE!

The Master talked often of the laser-like power of thought when people unite in prayer or meditation.

“The Word” is even more powerful when pronounced out loud. So, during our Global LightWave events, we invite human beings in all countries to unite to say out loud the words of “The Prayer to the Forces of Good”, and use these cosmic energies to begin the process of regeneration within us and to invoke The Forces of Light throughout the world.

When? Seasons, Moon Phases and Solstices

The Master explained the cosmic significance of seasons, the phases of the moon and the solstices as times of regeneration. So we learn that the human being, who is part of the universe, participates intimately in the natural process of gestation and blossoming.

Like a seed that germinates, work takes place in the psyche of each human being: at specifc times, in the dark earth of his lower nature, the seed of the divine Self, begins to germinate.

The Master explained that when starting something important, we must always choose the time of the waxing (new) moon because, according to the law of analogy that governs the universe, the waxing phase of the moon is beneficial to the natural growth process.

Thank you and Blessings!