Becoming an Initiate; a prayer to Isis, Part 3/7

-A prayer to Isis for help
Once past the fire, he had to cross a dark, evil-smelling pool of water. Undressing, he folded his clothes, put them on his head and crossed the pool, guided by the lamp held high above his head. On the other side of the water he came to a platform, and climbing on to this platform he saw before him a door of richly carved ivory, which he attempted in vain to open. All of a sudden, he noticed two metal rings gleaming in the half-dark, but as he clutched them, the floor on which he was standing suddenly gave way beneath his feet, and he felt himself plunging into a bottomless pit, shivering in the blast of an icy wind.

How long would his fall last? Would he have the strength to maintain his grasp on the rings in such cold? Without warning, he found himself once again on firm ground. 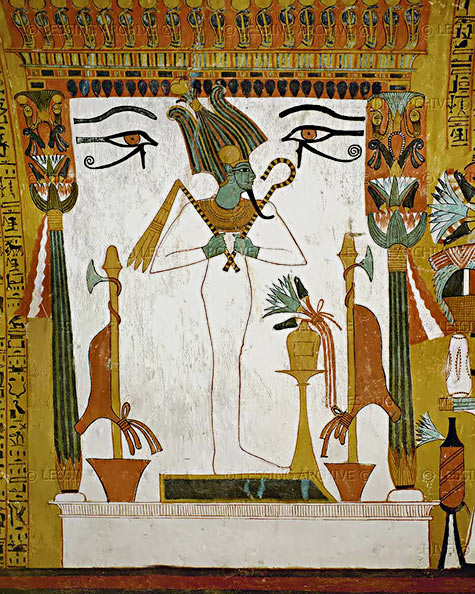 A great door swung open before him, and, chilled to the bone and exhausted by his ordeals (ordeals by fire, water, earth, and air), he entered a vast hall, in which two rows of priests in sumptuous vestments were waiting to welcome him. The head-dress of the priests bore the symbol of Osiris (the eye within a triangle), and the neophyte could see from their attitude that they were satisfied with the way he had faced his trials.

Then one of the priests led him before the statues of Isis, Osiris, and Horus and told him to kneel and recite a prayer to Isis, asking the goddess to give him success in the trials that still lay before him—for they were not over yet! 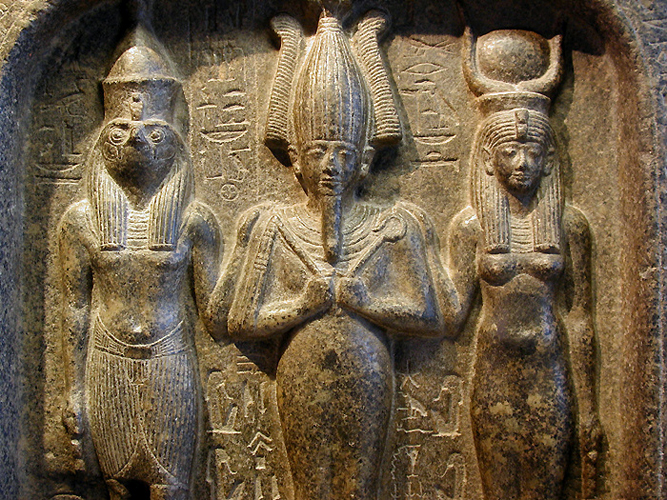 The neophyte then approached yet another door and, knocking on it, heard a voice which struck terror to his heart. ‘What do you want?’ said the voice. And he replied: ‘I am unworthy. I have many faults, and now I want to expiate my weaknesses and purify myself.’ At these words, the door swung open, and, on entering, he found himself in the presence of three priests seated in the manner of judges.

The priest in the centre wore a gold chain from which hung an enormous sapphire on which was engraved the figure of a naked woman looking at her reflection in a mirror. This was the symbol of the neophyte’s conscience as it examined itself and weighed up its merits, and he began to give a detailed account of all that he had done during his lifetime, all his deeds, both good and bad. The judges were initiates who, in addition to being skilled in phrenology and physiognomy, were also clairvoyant. They had no difficulty in discerning whether he was telling the truth or not, and if they judged him to be sincere, he was accepted.