Dear friends, this is Part 2 of the PURANAS Lectures – a continuation of yesterday’s lecture covering the Master’s huge contribution to humanity (from my personal notes):

« …And then, in order to know who ANGIRAS was, the text in the book continued: “This time was Satya Guna – that is to say, the best period, the first Guna…” “After that, in the second period, as he wanted to rest – ANGIRAS wanted to return, to unite again with Brahma. And Brahma told him, ‘No, no, no, Angiras, your task is not yet finished, now you must reincarnate in the second Guna under the name VASHISHTA, and you will have all the powers, all the knowledge, all the qualities, the virtues, and the power to punish, preserve, and build. All the power will be given to you, and you will bring the Golden Age for the second Guna, Treta Guna.’

And he, Vashishta, brought the Golden Age, and it was he who instructed Rama. It is written there!

And according to Vanga, the Bulgarian clairvoyant too, it was I who taught Rama to create the Kingdom of God on earth, the Golden Age.

And the book goes on to provide details about Vashishta… “It is VASHISHTA who wrote the PURANAS – he was the author. He had many disciples, sages, that he had taught.”  After that, this same being reincarnated in the third Guna… We are now in the fourth Guna, Kali Yuga, the worst of the Yugas, with debauchery, meanness, lies – everything is predicted in detail… How could they have known this, thousands of years ahead?

This same being, this same spirit: Angiras, Vashishta and then VYASA. Vyasa, born in the third Guna as a Sage with all the powers, all the insight, all the knowledge, and he wrote the VEDAS and other books as well. He was the same entity, the same spirit.

And then he said; “In the fourth, Kali Yuga, it will be the worst period! You have to reincarnate, but not in India. You will not be in India, you will be away from the country of India and its traditions -in a country in the West, in a poor family, and in the eighth month, you will be delivered…” And me, I was only eight months in my mother’s womb when I was born…

“…And we will give you much power to preserve you from the evil influences that will be present during that period, and later the government will allow you to leave your country, and go to another country where you will be better known. You will spread the teaching – France, he did not mention France but… and then you will come to India, and your name will be changed because Markande, in other words, Melchizedek – will take care of you, will be with you, will help you.

Markande, or Melchizedek – meaning ‘He who lives eternally, who does not die, who instructs all the initiates’ – he will protect you and you will change your name, it will be ‘Omraam’ – ‘OM’ the name that created the world, and ‘RAAM’ the name of the sixth avatar Rama.” – Extraordinary information isn’t it? »

“And in your country, your first name will begin with ‘M’ and the second with ‘A’ – Mikhael Aivanhov. And ‘OMRAAM’ is the name you will be given in India. All powers will be yours, and all knowledge – knowledge of all the cosmos, the stars, the constellations, the planets and the seven-colour rays of the sun, you will have them within you. From a young age you will work on these seven colours…” which is true – with the prism! »

“This being will itself develop both the masculine and feminine principles, in perfect harmony, in perfect balance, and he will be androgynous because of the harmony of the two principles. He will have the Shakti Yoga – I mean Mahashakti” – this means the ultimate force, the combination of all other forces – they will manifest through me. 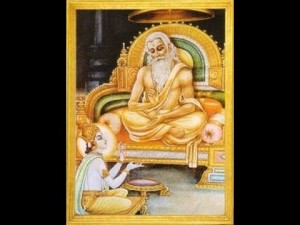 What is most extraordinary, is that all four books mention the same thing, adding that, like in the four Yugas, I now bring a religion, a philosophy and the solar civilisation. It is mentioned then, in all four incarnations, always the SOLAR CIVILISATION. And they even said that in the past, the sun was on the coins, and in the future there will be a new solar-based monetary system and currency.

So it is predicted, possibly through our teaching, that I will create the new Golden Age, that all the beings who were with me in the past, Angiras, Vashishta will reincarnate again to be with me.  So we will meet them soon, they will come and find me as I have already said in the past.

« Do you know my dear brothers and sisters, that apart from you, there are others who came with me, and in other countries? They will come one day, and when you see them – their radiance, stature, their greatness, their nobility – you will be surprised and amazed. So start work, hurry-up, get moving, otherwise you will have a shock!

It is written in these books. They will come and they are named – even with their initials – and with them, we will restore the Golden Age over all the earth, because I will give them methods, the power of Shakti, like a laser, to do wonders, miracles, incredible power!”
To be continued…