The Laws of Nature and Moral Law

– Everything hangs together, that everything is connected
« When we look at the world around us and think about the conversations we have with others, the books we read or the films we see, we cannot help but realize that more and more human beings are unhappy, ill and unbalanced. What is the reason? It is no good trying to find the answer to this question by looking at individual cases. That would take centuries. If you want to reach conclusions that are valid in every case, you must arrive at a synthesis of the problems that exist.

It is enough to observe the way men and women behave and the choices they make, to realize that they do everything to excess. Either they stuff themselves with food, or they don’t eat enough, and in both cases, they undermine their health. Either they work themselves to death or they get rusty because they never do a hand’s turn. Some drink too much, others not enough etc., and all these different anomalies come from their tendency to ‘overstep the mark,’ to transgress the law. This leads us to conclude that nature has laws which men should know and obey. 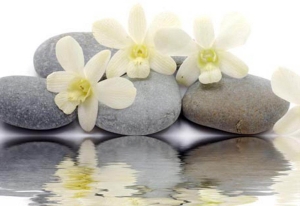 If human beings fail to see these connections it is because they have never observed or studied things with enough care and, as long as this deficiency is not corrected, it will continue to have disastrous results.

Those who fail to respect them will be accused of egotism and self-seeking and will gradually find themselves deprived of the support and friendship of their fellow men, and, whatever their offence, they will have to pay. How? In all kinds of ways, by remorse, suffering, regrets, disillusionment, bitterness and, perhaps, even with money. You can see examples of this in every domain.

The day human beings understand that everything hangs together, that everything is connected and that, in the moral dimension, there are certain unchanging, inexorable laws that they must know, they will begin to evolve.