– Principles are eternal, the forms will change

The mainstream religions stand in need of some major transformations, for they are still living on old traditions which are not adapted to our day and age. Besides, if religion as we know it were really adequate, mankind would be much better off than it is. No, religion has been reduced to a series of empty forms. No wonder many people cannot take it seriously any longer!
More and more, they reflect and question what they are told, and the stock answers no longer satisfy them.  Today, nobody wants others to do their thinking for them. And this means that religions are going to have to accept new forms. And those new forms will also wear out, one day, and have to be replaced yet again. 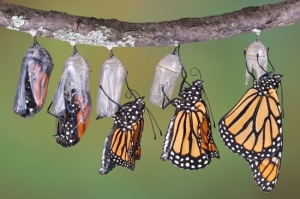 The function of form is to keep the contents intact; it is, as it were, a container, a protection, a limit. And this means that it is also a prison. And if the contents are not to remain eternally frozen within a form, that form must be opened and the contents poured into new, subtler, more flexible, more transparent forms. This is why nothing that exists on the physical plane is eternal.

Time has no effect on principles, but it does affect forms. To say that time destroys everything is only true in regard to forms. And people have not yet understood that the form in which their religion was given to them centuries ago cannot last for ever; that they are going to have to change it. But no: they are very tenacious; they don’t want to change anything. 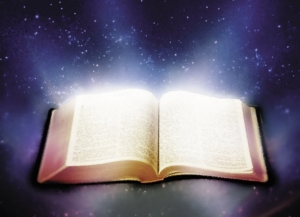 Our Teaching brings no new principles with it, only new forms. That is to say, it proposes new methods so that the spirit may have greater possibilities to express and manifest itself. This is evolution: a change, a renewal of forms. Evolution has always been a subject of keen interest to naturalists; some saying that it is form that evolves, and others saying that forms are predetermined from all eternity and that it is beings who move from one form to another. It is the second theory that is correct: forms do not evolve.

All forms, whether of animals, insects or plants, pre-exist in the world of archetypes, and individual creatures assume these forms for a time and then abandon them and move on to others, exactly as actors put on a new mask for each new play.