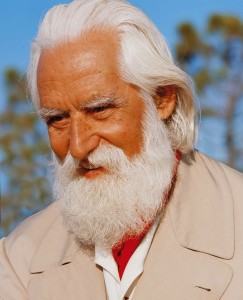 The teaching of  Omraam Mikhaël Aïvanhov proposes an alternative paradigm, based on the eternal truths that have existed as a common thread through all philosophies, spiritual traditions and religions, but adapted for the new millennium. It is based on a philosophy of universality and brotherhood, with the ultimate promise of unity, harmony and peace in the world, health and happiness for mankind, and respect for nature and planet earth. Read More in Posts about Omraam Mikhaël Aïvanhov

Eternal truths, relevant to the age we live in

One of the great Spiritual Masters of the modern era, Omraam Mikhaël Aïvanhov brought the wisdom of the ages to his thousands of followers throughout the western world. He taught in the West but travelled widely and met politicians and religious leaders throughout the world. A truly luminous being, he spent time with many of the great Spiritual Masters in the East, including the Indian sadhus Neem Karoli Babaji, Ananda Mayi Ma and Nityananda Maharaj who accepted him as one of their own.  Like the great Masters before him, he had extraordinary psychic powers and a vast knowledge of the invisible world.

Thanks to this knowledge he was able to explain the eternal truths and present them in a new form adapted to the state of society and the discourses of today. This he explained as the role played by religions which have appeared and disappeared throughout eternity.

However, the state of affairs in the world today indicates that the existing philosophies and religions are inadequate in their current form.

Like the great spiritual teachers who went before him he has the ability to convey wisdom with such luminous clarity that it seems genuinely simple—as if we might have known it all along, as if it is innate in each of us. At a time when convoluted esoteric rambling often masquerades as profound wisdom, his teaching is like a breath of fresh air.

Over the course of almost 50 years, he gave over 5,000 free public lectures and private interviews, initially in Paris and later at the main teaching centre, The Bonfin, near Fréjus in the South of France.

As well as continuing to teach at The Bonfin and at Videlinata in Switzerland, he also travelled all over the world giving talks and visiting spiritual sites. As a man and a teacher, he was seen to be a true master of himself, manifesting the presence of the divine world and giving talks that were full of wisdom, love, vitality, humour and integrity. Known for his humility and approachability, he did not seek publicity, preferring to spend his time on his teaching.

His lectures have been published in over 100 books, and translated into more than 30 languages

Omraam Mikhaël Aïvanhov was born on January 31, 1900, in a humble village near Serbtzy in Macedonia. After the loss of his father, his early years were spent in Varna, Bulgaria. He and his family experienced great hardship because of the constant social unrest and wars – all of which provided the opportunity to develop his willpower, his spiritual knowledge, and his clairvoyance, while strengthening his desire to serve his fellow human beings.
Biographical books and videos.

At the age of 17, he met Peter Deunov, the Bulgarian Spiritual Master, who was very well known at the time in Bulgaria and whose reputation had spread well beyond his own country. For twenty years, the exchanges between Master and disciple were abundant and intense. After his university studies, Omraam Mikhaël Aïvanhov became a teacher and then a college principal. At the same time, he faithfully followed the Teaching of Peter Deunov. An avid reader of books on spirituality, he experimented spiritually with the truths he heard from his Master. 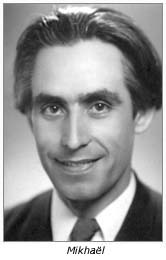 In 1937, faced with the threat of war and the rise of communism, Peter Deunov asked his disciple to leave for France in order to preserve and continue his work and to make the Teaching known. Mikhaël quickly learned French and began giving lectures at Sèvres, near Paris. In common with other spiritual initiates, he underwent periods of profound suffering but through the power of his spirit he was able to transform these experiences into what he called ‘precious stones’. In spite of these difficulties, Mikhaël Aïvanhov remained faithful to the mission he had received and tirelessly and disinterestedly gave of his love, his knowledge and his attention to all those he met.

Up until then, brother Mikhaël had refused to be addressed as Master by his disciples. He had always regarded himself as the disciple of his own Master, Peter Deunov. Following this stay in India however, everything changed. His disciples, who had already been following him for 22 years, insisted on paying him due respect, and he finally agreed to be called ‘Master’. 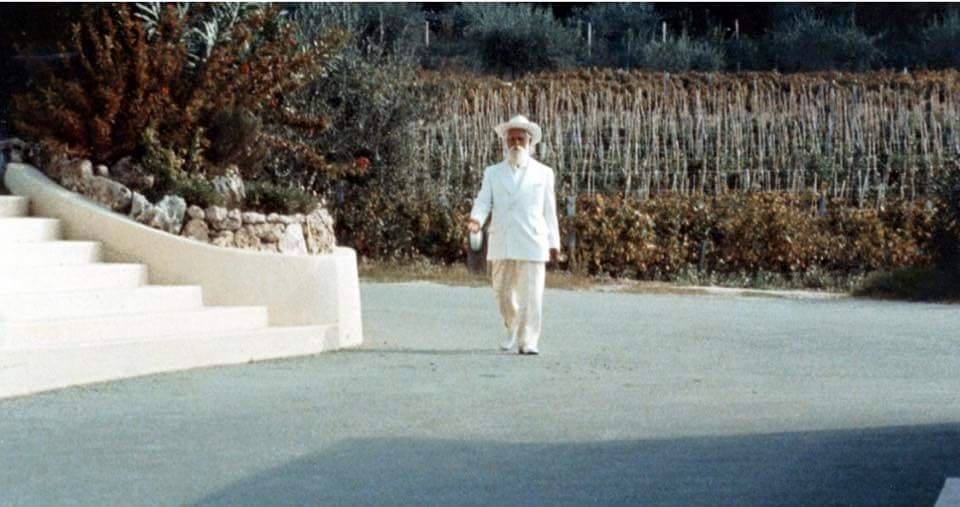 The man whose disciples now called him Master, meant this in the eastern meaning of the term, implying mastery of self and a gift for teaching. The man himself would always say that a true Master is someone who knows the truth, who understands perfectly the laws and principles of existence and respects them, and who also has the will and the capacity to master his inner world and to use this mastery with the sole goal of ‘manifesting all the qualities and virtues of disinterested love’.