Our subtle bodies and souls

The ideal of the ‘New Human Being’,
Our Invisible Bodies
Our subtle bodies and souls

The cabbalists also teach that the human being has several souls: the emotional or astral soul known as Nephesh; the intellectual or rational soul, Ruah, and the three higher souls, Neshamah, Haia and Yehida.

The Hindus, on the other hand, speak of bodies rather than souls and this is equally correct, for every particle of matter contains its own energy. This energy is the masculine principle, and the matter is the feminine principle.

Everywhere, on every level of the universe, matter contains energy, and the human being’s material, physical body possesses its own specific energy. It is this energy which we call the soul.

Each body, therefore, contains its soul: the body is the form or container and the soul is the energy that animates it. The two cannot be separated.

Nature itself, the cosmos as a whole, is a body, the body of God, and its soul is the universal Soul. All this is perfectly clear. 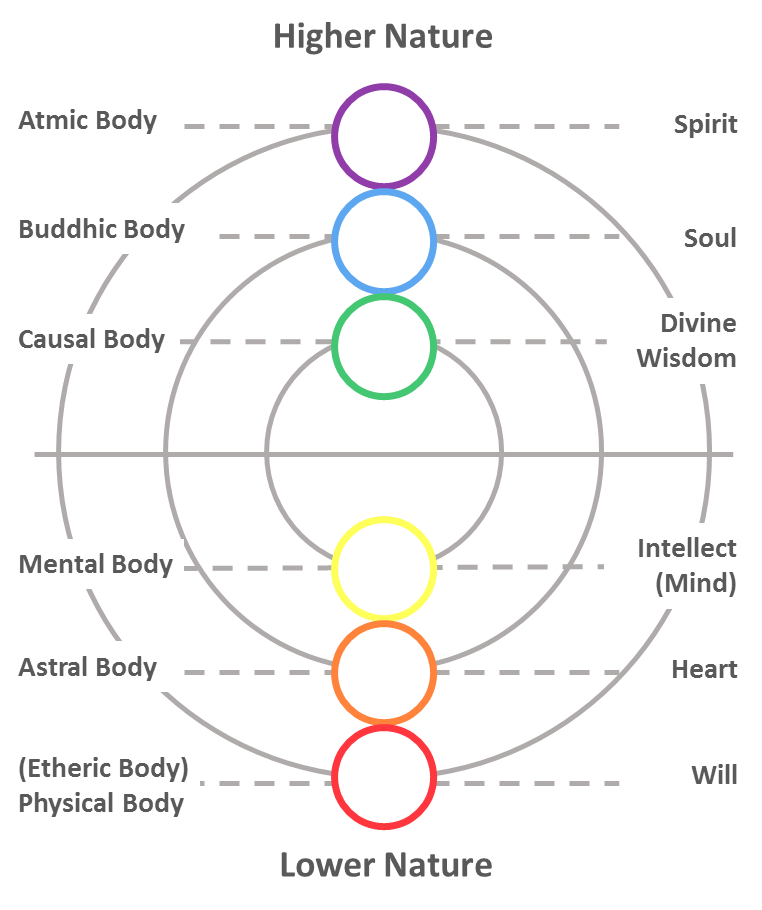 An age-old esoteric tradition teaches that the support or vehicle for feeling is the astral body and the support for intelligence is the mental body. But this trinity made up of our physical, astral and mental bodies constitutes our imperfect human nature. The three faculties of thought, feeling and action also exist on a higher level, their vehicles being, respectively, the causal, buddhic and atmic bodies, which go to make up our divine self.

In our lower, earthly self, therefore, we are a trinity that thinks, feels and acts. But this trinity is only a very inferior reflection of that other, heavenly trinity that is waiting for us to become one with it.

FacebookTwitterLinkedInRedditGoogle+TumblrPinterestVkEmail
The ideal of the ‘New Human Being’,
Our Invisible Bodies